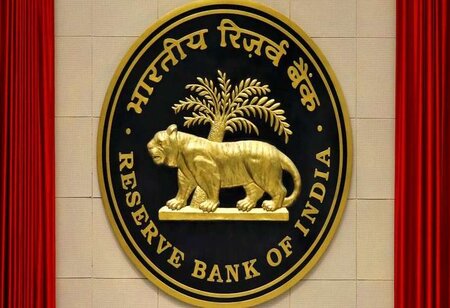 Growth and inflation are weighing on the MPC's decision to keep rates unchanged. Experts predict that the Reserve Bank of India's Monetary Policy Committee (MPC) would maintain key policy rates steady this week, despite concerns about growth, inflation, and the possibility of a third Covid wave.

On June 4, the MPC reduced its growth forecast, held the main policy interest rate — repo rate — at 4%, and unleashed a slew of measures to support firms and ensure they have access to liquidity, all with a clear focus on reviving the Covid-hit economy. On August 6, the MPC will release the next monetary policy.

Radhika Rao, economist, DBS Group Research, said, “The RBI monetary policy committee will adopt a wait-and-watch mode. Policy commentary is likely to draw confidence from the turnaround in recent data but express caution over a potential third Covid wave.” While an upward revision in forecasts is possible to demonstrate inflation concerns, the market is keenly watching for guidance on liquidity withdrawal, Rao said.

“We believe that the RBI will continue to keep rates on hold and retain its accommodative stance in the upcoming policy review, as growth concerns dominate even as discussions around inflation are expected to gain prominence,” Morgan Stanley said in a report. “The growth trend is improving as indicated by the incoming high frequency data and we expect growth to turn positive on a two-year CAGR basis from quantitative easing in September,” it said.

With an easing of supply and distribution disruptions and monsoon gathering pace, headline retail inflation (CPI) is expected to moderate in the coming months. As such, the outlook for headline CPI print remains range bound, even as core inflation is expected to remain sticky, with risks stemming from higher global commodity prices. “We expect the RBI to continue with its measures to support the liquidity and financial framework and manage the yield curve,” Morgan Stanley said.

“Additionally, we will remain watchful of any measures that influence short-term rates (such as conducting longer-term variable reverse repos), currently tracking at the lower end of the policy rate corridor,” it said.

“Hastened vaccination rollout, a turnaround in activity indicators, and buoyant agricultural output (if monsoon catches up) are reasons to remain upbeat. However, a slower improvement in aggregate demand and lagged reopening of services sector activity tempered optimism,” Rao said.

Analysts said risks of a third pandemic wave and its impact also cloud the horizon. An RBI staff study (not the central bank’s official forecast) pegged the Economic Activity Index for the June quarter GDP growth forecast at 22 per cent, slightly firmer than the MPC’s official forecast and DBS group GDP Nowcasting model. The firmer EAI is unlikely to lead to any reassessment in the annual estimates for FY22 growth, which was last adjusted down by 100 bps in June to 9.5 per cent.