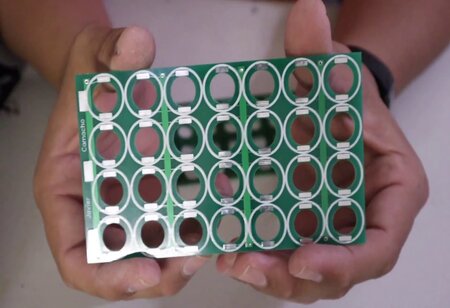 The Ministry of Electronics and Information Technology (MeitY) has invited applications for the setting up of sub-assembly for manufacturing printed circuit boards, battery packs, power adapters, and switched mode power supply circuits from companies which are eligible for incentives under the Production Linked Incentive (PLI) scheme for hardware.

Similarly, if an eligible hardware company either sets up a domestic battery pack assembly unit itself or through one of its vendors, it will be eligible for an incentive of up to 2 per cent starting April 1, 2023. An incentive of 2 per cent, starting April 1, 2024, is also planned for eligible hardware companies which set up cabinet, chassis, or enclosure assembly units either themselves or through their vendors.

Like other PLI schemes, the incentives for companies in the telecom and networking equipment manufacturing space will flow following the achievement of a minimum threshold of cumulative incremental investment, and incremental sales of manufactured goods, net of taxes.

All these incentives will be provided to eligible hardware companies which apply for PLI under the Rs 7,325 crore scheme for manufacture of laptops, tablets, all-in-one-personal computers, and servers. The PLI scheme was announced in February, thereby completing troika of electronics manufacturing schemes — mobile phones and its allied components, core and peripheral telecom equipment, and now consumer electronics products.

Consumers in India currently buy laptops worth Rs 30,000 crore a year and tablets worth Rs 3,000 crore a year, of which about 80 per cent is imported. With the new PLI scheme, the government aims to attract the top five laptop and tablet manufacturing companies from across the globe to either set up or expand existing units in India.

For the setting up of PCB assembly units, the government is in talks with several leading global chip makers, including Intel, senior government officials said, adding that the company was planning to set up a manufacturing unit in Karnataka. As of now, Intel’s India unit only focuses on design and engineering aspect of PCB, while its manufacturing is done mostly in factories of China, Taiwan and the US.