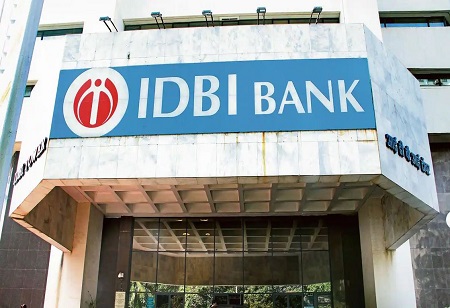 The government has made it clear that after its proposed stake sale, IDBI Bank will not be subject to the regulations that apply to state-run businesses. According to the statement made in response to pre-expression of interest (EoI) questions, it has also requested that its ownership of the lender be classed as "public."

Interested bidders had sought a clarification on whether IDBI Bank would be under the purview of the Central Vigilance Commission and be required to comply with the requirements under the reservation policies of the government.

In October, the government had invited expressions of interest (EoI) for a stake sale, along with the transfer of management control in IDBI Bank. The government, along with the Life Insurance Corporation (LIC), will sell 60.72% stake in the lender.

"Bidders are informed that the GOI has already made an application for reclassification of its shareholding as 'public'. Further, the details regarding such aspects will be provided in the definitive documents (including the share purchase agreement or SPA) shared with the QIPs (qualified institutional placements) at the RFP stage," said a clarification issued by the Department of Investment and Public Asset Management (DIPAM).

It said the successful bidder would be required to make an open offer for the acquisition of 5.28% of the public shareholding. At present, the government holds a 45.48% stake in the lender, while LIC holds a 49.24% stake. The last date for submission of EoI is December 16.

The department said that after the transaction, there will be no obligation on the government or the LIC to infuse capital into IDBI Bank. It also said that IDBI Bank is currently not subject to audit by the Comptroller and Auditor General.

In response to pre-EoI queries, on whether the acquirer shall have the right to reconstitute the board of directors of IDBI Bank at its discretion, the DIPAM said, "The definitive documents (including the SPA) will have detailed terms and conditions relating to reconstitution of the board."

The department said, in response to a query on "asset stripping" by the acquirer, that the definitive documents (including the SPA) will have detailed terms and conditions. "It is anticipated that certain asset size and timing thresholds related to asset stripping would be provided to give flexibility of operations to the successful bidder," it said.

The government further clarified that after the transaction the shareholders' voting rights will be governed by the existing Reserve Bank of India guidelines and that LIC and the government are not persons acting in concert, and thus their voting rights are not cumulative.