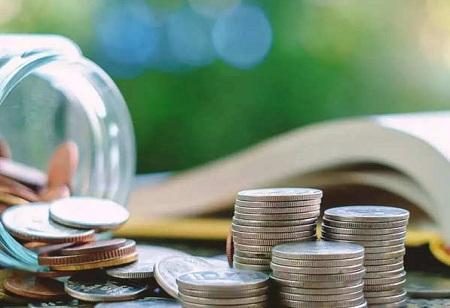 The Department of Investment and Public Asset Management (DIPAM), which oversees financial governance of public assets in India, said in an office memorandum that the government has allowed Central Public Sector Enterprises (CPSEs) to invest in debt schemes of all mutual funds. Besides widening investment options for PSU treasuries, the move will ensure greater flows into private mutual funds' debt plans.

Until now, only public sector mutual funds - SBI, UTI, LIC and Union, among others -- were qualified to handle surplus funds of state-owned companies. Now, at least 35 private mutual funds stand to benefit.

Listed public sector companies, such as Coal India, Hindustan Aeronautics, Mazagon Dock Shipbuilders, NMDC, BEL and BHEL, among others, had almost ₹158,478 lakh crore as cash balances as on March 31, 2022, data compiled by ETIG showed. These treasury balances exclude those of banks, insurers and other financing companies owned by the government. The mutual fund industry, meanwhile, handled assets to the tune of ₹39 lakh crore at the end of FY22.

Companies usually park their idle cash in the money market and liquid schemes of mutual funds. With interest rates rising, there is a greater appetite for short-term and overnight debt products. Mutual fund industry officials said the finance ministry's move will boost flows into debt schemes and improve liquidity in the bond market.

The period of maturity of any instrument, in which a public sector company would invest, shall not exceed one year from the investment date, the guidelines said. In the case of banks' term deposits and government securities, the tenure could be three years.

The guidelines also bar the involvement of agents or brokers representing either side.

These decisions are based on proposals from state-owned companies, mutual funds and private sector banks, said the DIPAM communication. These proposals were examined by an inter-ministerial committee, which decides on capital restructuring policies of public sector companies, it said.

The revised guidelines supersede those issued by the Department of Public Enterprises in May 2017.