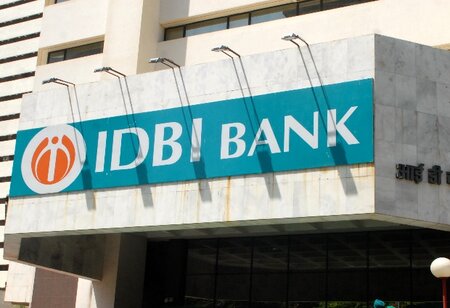 The government intends to begin the process of selling IDBI Bank strategically, with experts to be appointed soon. The Cabinet Committee on Economic Affairs (CCEA) approved the strategic disposal of IDBI Bank Ltd, as well as a transfer of management control, earlier this month. IDBI Bank is 45.48 percent government-owned, while LIC owns 49.24 percent.

“We are going to float RFP (request for proposal) for appointing advisers very soon in the case of IDBI Bank. Work is going to start on this transaction this month itself and we will hold roadshows for an effective response,” sources said. With the Cabinet clearance to the stake sale in place and legislative provisions already in line, the IDBI Bank transaction is expected to be faster than the process of privatising two other banks that the government had announced in the Union Budget in February.

“In the case of both IDBI Bank and LIC (Life Insurance Corporation), we are legislatively very clear. So on that front there will not be any delay, unlike in the case of privatisation of other two banks that was announced, for which legislative amendment is needed,” sources in the Department of Investment and Public Asset Management (DIPAM) said. The initial public offering (IPO) of LIC, which is expected to be the biggest listing in Indian capital markets, is expected only in the January-March quarter.

“LIC IPO will be backed-ended, around February-March next year, as a lot of work relating to finding the embedded value and the overall valuation of the Corporation, and the due diligence process will be time consuming,” the sources said.

The extent of stake sale by the government and the LIC will be decided in consultation with the Reserve Bank of India (RBI) at the time of structuring of transaction. “It is expected that strategic buyer will infuse funds, new technology and best management practices for optimal development of business potential and growth of IDBI Bank Ltd and shall generate more business,” the government said after the Cabinet clearance to the proposal on May 5.

The RBI had, in March, taken out IDBI Bank from the prompt corrective action (PCA) framework, subject to certain conditions and continuous monitoring. The central bank put the lender under the PCA framework in May 2017 — slapping curbs on expansion, investments and lending — as its financial performance continued to deteriorate.

The government had been trying to privatise IDBI Bank in the past, but mounting losses and rising bad loans at the lender made it difficult. IDBI Bank was put under PCA after it had breached the thresholds for capital adequacy, asset quality, return on assets and the leverage ratio. Its performance has improved in recent quarters.

While the bank’s gross non-performing assets (NPA) are still high at 22 percent, elevated provisions have helped it bring down the net NPA ratio to 1.97 percent. The bank’s capital adequacy ratio was at 15.59 percent as of March.