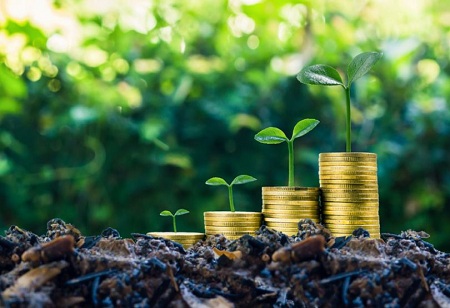 The Central government approved the final sovereign green bonds framework of India, which will further strengthen the nation's commitment towards its Nationally Determined Contribution (NDCs) targets.

These targets were adopted under the Paris Agreement and help in attracting global and domestic investments in eligible green projects.

The proceeds generated from issuance of such bonds will be deployed in public sector projects which help in reducing carbon intensity of the economy.

Finance Minister Nirmala Sitharaman had announced in her budget speech on February 1 this year that sovereign green bonds will be issued for mobilising resources for green projects.

Green bonds are financial instruments that generate proceeds for investment in environmentally sustainable and climate-suitable projects.

By virtue of their indication towards environmental sustainability, green bonds command a relatively lower cost of capital vis-a-vis regular bonds and necessitates credibility and commitments associated with the process of raising bonds.

In the above context, India's first sovereign green bonds framework was formulated and as per its provisions, a Green Finance Working Committee (GFWC) was constituted to validate key decisions on issuance of such bonds.