Government Granted a 4-year Moratorium on AGR Dues, A Huge Relief for the Telecom Industry 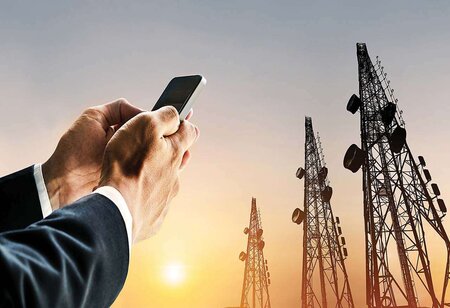 Among the steps approved for the telecom sector, the one that is likely to provide immediate relief to debt-laden companies such as Vodafone Idea is the decision to provide a four-year moratorium on payment of all dues arising due to the Supreme Court’s September 1, 2020, judgment on adjusted gross revenue (AGR).

A moratorium of four years on payment of spectrum purchased in past auctions, barring the auction of 2021, has also been offered to the telcos. All these measures are prospective in nature.

The telecom sector will also be able to receive 100 per cent foreign direct investment through the automatic route, up from the 49 per cent permitted right now.

Following the Cabinet meeting, Union Minister for Communications Ashwini Vaishnaw said the reforms for the telecom sector will help all companies address their short-term liquidity concerns as well as build capacities for investing in future technologies.

“We have decided to rationalise the definition of AGR by removing all non-telecom revenue from AGR. This was a contentious and legacy issue, which has now been resolved. Similarly, the compounding of interest on late payment of spectrum usage charges and licence fees will be done on an annual basis, rather than monthly basis,” he said, adding that the penalty and interest on unpaid penalty would be done away with entirely.

On September 1, 2020, the Supreme Court, in its final ruling on the AGR issue, had directed telecom companies to pay AGR, interest and penalty on non-payment on AGR dues, and interest on penalty for non-payment of AGR dues in yearly instalments within a period of 10 years starting April 1, 2021.

Although the government has said the four-year moratorium on payment of AGR dues will respect the Supreme Court judgment, since it will be prospective in nature, and there will be no change with respect to past dues, it will have to seek clarification from the apex court on the annual payment of dues.

In its ruling, the Supreme Court had said that telecom service providers would have to make payments in yearly instalments between April 1, 2021 and March 31, 2031. It also said that in case of default on payment, interest and penalty on interest would automatically be payable, and that non-payment “would be punishable for contempt of court”.

“Let compliance of order be reported by all TSPs (telecom service providers) and DoT (Department of Telecommunications) every year by 7th April of each succeeding year,” the top court had said then.

Companies which avail of the four-year moratorium, either on payment of AGR dues or on dues of spectrum they had purchased in past auctions, will have to pay interest which will be calculated from October 1 this year.

The government will also have the option to convert the due amount, arising due to the moratorium, to equity at the end of four years if a telco fails to make the payment.

Wednesday’s meeting also saw approvals for major overhaul of the spectrum auction and usage ecosystem, with the government deciding that all future spectrum auctions will normally be held in the last quarter of every financial year.

Further, for all future auctions, the DoT will not ask for bank guarantees to secure instalment payments, while the SUC (spectrum usage charge) too has been waived.

For future auctions, the tenure for which spectrum can be held has been increased to 30 years from 20 years, with the option of allowing the telecom service provider to surrender the spectrum after 10 years following payment of certain fee. An additional SUC of 0.5 per cent, which was levied on spectrum sharing, has also been done away with, Vaishnaw said.

From October 1, 2021, delayed payment of SUC will attract interest rate of State Bank of India’s Marginal Cost of Funds Based Lending Rate (MCLR) plus 2 per cent, instead of MCLR plus 4 per cent currently, which will be compounded annually, instead of monthly, while the penalty on interest and penalty will be removed altogether.

The reforms were welcomed by all the three private telcos, with Reliance Jio Infocomm calling it “a timely step towards strengthening India’s telecom sector”.

Aditya Birla Group Chairman Kumar Mangalam Birla, who had in June this year written to the government requesting it to take over Vodafone Idea and save it, also welcomed the move. He said that the reforms demonstrated the government’s commitment to ensuring healthy growth of the telecom industry.

Nick Read, global CEO of Vodafone Group, in a statement, said he hoped these reforms would be “the beginning of a new era for India’s digital ambitions”.

“What lies ahead is a once in a lifetime opportunity to build the digital infrastructure that is a catalyst for the digital aspirations of over one billion Indians,” he said.

Apart from the steps for the telecom sector, the Union Cabinet also announced a Rs 26,058-crore PLI scheme for automobile, auto component and drone manufacturers.

The scheme is expected to attract additional investment of Rs 42,500 crore to the automobile sector and generate 7.6 lakh jobs, according to the government.

The total outlay of the scheme is, however, lower than the previously announced Rs 57,000 crore outlay for the automobile sector.