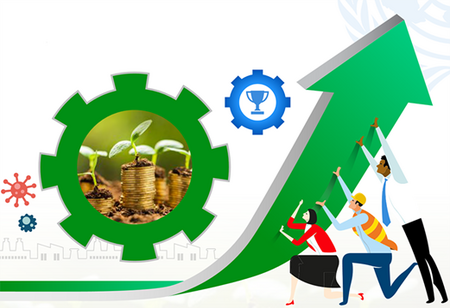 On the condition of anonymity, two government sources familiar with the situation indicated that the government is exploring multiple steps for micro, small, and medium enterprises (MSMEs) that are experiencing serious business interruptions owing to the second wave of the Covid-19 outbreak, including liquidity support, lighter compliance rules, and tax relief on online transactions.

It is clear the second wave has hit the MSME sector hard even as it was recovering from the devastating impact of the first wave, the people added. Details of a support package for it are being worked out, they said.

Small firms are suffering because their working capital is stuck, the officials said. Providing liquidity support by further expanding the scope of Emergency Credit Line Guarantee Scheme (ECLGS) and releasing their pending payments (those worth at least ₹15,000 crore are pending) are two measures under consideration, they added. “About 50% of the pending amount is with public sector firms under the Centre and states, and that could be released immediately,” one of them said.

The ₹3-lakh-crore ECLGS is one of the key components of the ₹20-lakh-crore economic stimulus package announced last May that offered additional working capital finance in the form of an easy term loan to small firms. The Centre on March 31 extended it till June 30, but industry wants it to be extended till March 31, 2022, with an additional corpus of ₹3 lakh crore. The matter is under consideration, the first official said.