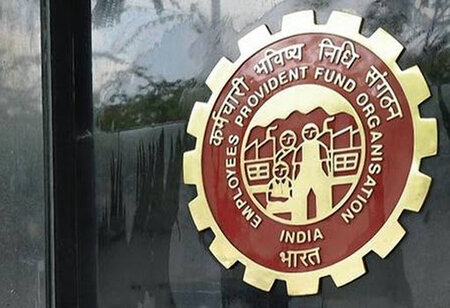 Even government agencies like the Employees Provident Fund Organisation (EPFO) cannot revise their claims once a resolution plan for a debt-laden corporate entity is authorized, states the Chennai Bench of the National Company Law Appellate Tribunal (NCLAT)

The case relates to insolvency proceedings against GVR Infra Projects Limited, which had not paid its EPFO dues since April 2014, including interest and damages, even though the same was deducted from employees share.

As per rules of Insolvency and Bankruptcy Code (IBC), EPFO dues are part of workmen salaries and dues, which are accorded the highest priority and are to be paid in full by the resolution applicant when bidding for the company under corporate insolvency resolution process.

The Chennai Bench of NCLAT, however, held that since the regional provident commissioner of EPFO had, while filing the claim with the resolution professional, quoted a certain sum, the same cannot be revised later, even if the total dues outstanding is higher than the sum quoted.

In its judgment, the NCLAT held that since the provident commissioner had quoted a certain sum, the same was considered by the bidders while formulating the resolution plan, which was then approved by the National Company Law Tribunal (NCLT). Once the said resolution plan is approved, a revision in claims cannot be permitted as that would mean changing the structure of the approved plan once again.

“Once a resolution plan is duly approved by the Adjudicating Authority (NCLT) the claims as provided in the resolution plan shall stand frozen and will be binding on the corporate debtor and its employees, members, creditors, including the central government, any state government or any local authority, guarantors and other stakeholders,” the NCLAT held.

The Chennai Bench also said that once the plan is approved, all claims made by any persons or authorities stand extinguished.

“No person is entitled to initiate or continue any proceeding regarding a claim that is not part of the Resolution Plan,” the Bench said.

EPF is a statutory due paid to every employee working in a corporate organisation with at least 20 employees. As per the rules of EPFO, both the employee and the employer contribute an equal sum towards a corpus. This corpus is maintained and looked after by the EPFO. When the said employee retires, a lump sum amount, which includes the contributions made by both the parties and includes the interest earned on the money deposited, is then paid the employee.

As per the current rules, employees earning less than Rs 15,000 per month of basic pay have to mandatorily become a member of the EPF, while those earning above that sum can choose to become a member with permission from the assistant provident fund commissioner, if both the employee and the employer agree.

The current norms say that the employer has to pay 12 per cent of basic wages plus dearness and retaining allowance into the EPF of the employee, which is to be matched by the employee.