Government against the merger of ailing Voda Idea with BSNL-MTNL 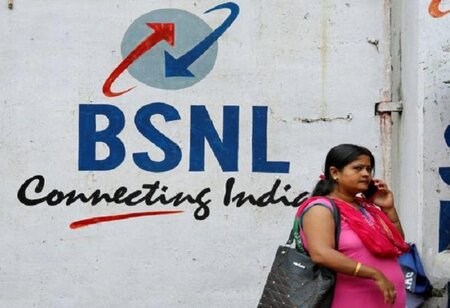 The government is standing against the merger of beleaguered Vodafone Idea with state-owned BSNL and MTNL, states multiple sources. The stand comes weeks after industrialist Kumar Mangalam Birla had said that he is “willing to hand over” his 27% stake in the crippled telco to “any entity — public sector/government /domestic financial entity” in the name of “national interest”.
Government sources said “multiple and strong logical reasons” suggest “outright rejection” of any proposal that gets the debt-laden and loss-making private entity within the fold of the stateowned companies, which themselves have a poor track record of managing their business and are operational mainly on the back of recurrent government bailouts. “How can we even allow this. It’s almost like having privatisation of profits, and nationalisation of losses?” a senior officer said.

Birla’s call appeared to be in line with a suggestion made in a report of Deutsche Bank. “…the only viable solution is for the government to recapitalise Vodafone Idea by converting its debt into equity, preferably, while merging it with BSNL, and then providing it a clear commercial mandate based on profitability targets and incentives,” it had said in a recent note. Deutsche Bank added that “should this happen, Vodafone Idea’s shareholders would be heavily diluted as government debt is roughly six times the (telco’s) current market-cap, and such a solution might be an acceptable outcome to shareholders.”

The numbers are, however, stacked against such suggestions. Vodafone Idea, the third-largest telecom operator with around 27 crore subscribers, is under heavy debt, owing Rs 96,300 crore to the government in deferred spectrum payments, while being liable for another Rs 61,000 crore towards AGR liabilities.

The liabilities come with interest burden of thousands of crores, with the company having another Rs 23,000-crore bank debt. Its losses in the previous two quarters have been in excess of Rs 7,000 crore.

On the other hand, BSNL and MTNL had to be handed out a Rs 69,000-crore revival package around 2019 to keep them afloat, and are still struggling to attain profitability. According to a reply of minister of state (communications) Devusinh Chauhan in Rajya Sabha on August 5, total liabilities of BSNL stood at Rs 81,156 crore at the end of FY21 while MTNL’s at Rs 29,391 crore.

“It will be a financial mess if all the struggling entities are brought together and merged. What purpose does it serve? In fact, if their operations are brought together, it may turn into an even-bigger financial drain on the exchequer in the coming years if the operations do not turn around,” an officer said. “In any case, instead of being so considerate for an inefficient private entity, the government may simply focus more on the BSNL/MTNL combine and give them more funds to make them competitive and turn them around.”

NITI Aayog, which has been roped into the issue by the telecom department, is also against the proposal. The government think-tank feels that any such measure may also see an “erosion in value” of Vodafone Idea, and thus not much may be left in the deal for BSNLMTNL to gain from.

Some of the officers said cultural differences between the two entities are also reasons that may make a merger “a sure failure”. “BSNLMTNL lacks an aggressive private sector stance, and their employees are aging and saddled with labour and union issues. On the other hand, Vodafone and Idea couldn’t even manage their own merger properly, which was among the reasons behind the joint company’s collapse.” Another officer said there are “numerous legal issues” that make it a difficult deal. “MTNL is listed, and so is Vodafone Idea,” the officer said.