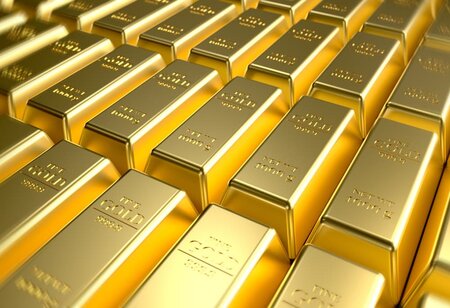 The gold prices hit a near nine month-high on Tuesday, after Russia ordered troops into breakaway regions of eastern Ukraine which is boosting demand for the safe-haven metal.

* Russian President Vladimir Putin recognised two breakaway regions in eastern Ukraine as independent on Monday and ordered the Russian Army to launch what Moscow called a peacekeeping operation into the area, accelerating a crisis the West fears could unleash a major war.

* U.S. benchmark 10-year yields slipped on the back of the Ukraine crisis and U.S. Federal Reserve rate hike bets, moving away from a more than two-year peak hit last week.

* Fed officials agreed that with inflation tightening its grip on the economy and employment strong, it was time to raise interest rates, but also that any decisions would depend on a meeting-by-meeting analysis of inflation and other data.

* While bullion is considered a hedge against inflation and geopolitical risks, interest rate hikes would raise the opportunity cost of holding non-yielding bullion.