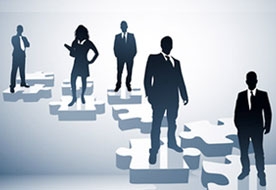 Kroll India awaits choppy waters as their global parent body Altegrity Inc. has now filed for bankruptcy. One of the top corporate investigation firms in India, Kroll is now expected to face difficulty in retaining their personnel in the face of times of uncertainty. Industry experts said Kroll's India team could be fully absorbed by a competitor in the coming months, and FTI Consulting has emerged as the frontrunner. Corporate investigations or forensics include processes such as background checks on company executives and promoters besides looking into fraud, corruption and other corporate governance issues.

FTI Consulting is a fairly new entrant in India, and increasing market presence is of uber-importance to them. In 2013, FTI was reported to be in negotiations with the 150-strong forensic team of KPMG, but such a move failed as it was ultimately Earnest & Young which annexed the team. FTI is a revered name in the space, globally, and hence, Kroll’s struggles present them with a golden opportunity of ramping up their India operations by hiring the entire team from them.

Though crisis looms large, Altegrity Inc. is adamant that the bankruptcy won’t affect Kroll. Jeffrey Campbell, President and CFO of Altegrity, pointed out that Kroll is a healthy and profitable business that generates significant cash flows. His words were reflected by Reshmi Khurana, managing director, Kroll India. "We are committed to our customers in India and our business is very much operational and thriving in the country," she said. Though, industry insiders are apprehensive of Kroll’s chances of attracting new customers.