Four-day work week, a detailed overview on its pros and cons 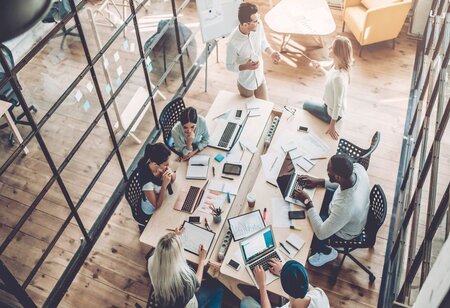 The corporate realm is moving at a rapid pace which has made it harder for many employees to strike a good work life balance. Reduction in workweek in the work place like the four-day work week is quickly becoming the buzzword in the industry. Many industry experts believe that this can help employees to deal with employee retention issues, negative emotion at the work place, and exhaustion while at the same time help the business when it comes to cost savings. So, in this article, we will take a closer look at various merits and demerits of four-day work weeks.

Let’s start by looking at the various pros which makes four-day work weeks a welcoming change.

A study conducted on the cost saving aspect of a four-day work week has shown that majority of business leaders who have already implemented the system in their organization has reported cost savings. At the same time, a fair number of leaders also stated that they have seen an improvement in productivity.

The same study has also founded that in organizations that already follow a four-day work week, employees are taking considerably less sick leave, and this has also contributed to the increased productivity. One of the primary reasons for this is the fact that, with that extra day off, employees are able to schedule their personal necessities in a much more efficient manner.

A recent survey has shown that, job listings with a four-day work week has increased multifold in the last couple of years. And the primary reason for that remains the ever-increasing demand for these jobs. Also, many aspiring candidates and top talents are looking for these kinds of jobs. So, if you are aiming to hire top talent, then offering a four-day work week might be a great option for you.

Moving on from talent acquisition to talent retention. It is hard to find the right employees for an organization, but it is even harder to retain those employees in the same company in the long run. Here also, a compressed yet shortened work method can be a great help for many businesses.

Many business leaders worry that a flexible four-day work week can have an adverse impact on business operations as employees might take this extra day off on different days during the week. This can not only hold back the smooth running of a business, but it might also lead to increased customer grievance redressal discrepancies which can also have a negative impact on businesses.

This is one of if not the biggest concerns that many business leaders have with a four-day work week. And even though, many business organizations who have already implemented this has seen increase in production, the concern regarding reduction in production still remains the same for many businesses across multiple different industry verticals.