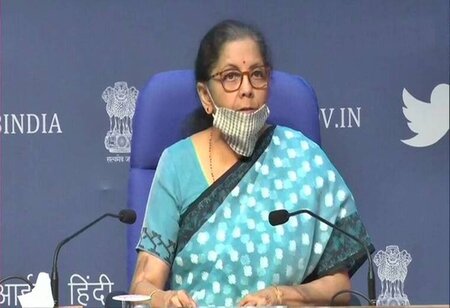 Sitharaman on Thursday stressed both the "importance of the multilateral approach to combat climate change and transfer of climate finance and low-cost technologies from developed to developing countries", the ministry of finance posted on Twitter.

India has long argued that developing countries urgently require climate finance and transfer of low-cost technology to enable them to do their bit to combat global warming and developed countries must bear larger responsibility for greenhouse gas emissions and must do more.

The finance minister, who is participating in the Spring Meetings of the World Bank Group that includes the IMF, also pushed the multilateral body for greater equality amid its 187 members. Some member countries have a larger say in its functioning and decisions-making based on their historically outsize status and a system of quotas that determine member countries' relationship with the organisation, including the value of their voting power.

Sitharaman pressed the body on the "need for timely completion of 16th General Review of Quotas to address the under-representation of the Emerging and Developing Market economies", as per the finance ministry.

The minister also noted at the plenary that at the projected growth rate of 8.2 per cent for 2022-23 by the IMF, India is still the fastest growing among developing economies. "India has continued to implement key structural reforms aimed at enhancing productivity and employment," she stated according to the finance ministry. The new rate is 0.8 percentage points lower than the fund's previous projection of 9 per cent for the same time period.

Separately, at a meeting of the finance ministers of the 37 member countries of the Financial Action Task Force (FATF), a global watchdog on money laundering and terror funding, the minister reaffirmed India's "political commitment to fighting Money Laundering, Terrorist Financing and Proliferation Financing. Also appreciated the work of FATF on Beneficial Ownership Transparency, the role of FATF global network in safeguarding (the) global financial system".

In a separate statement FATF said the ministers "committed to take swift and decisive action to improve the effectiveness of measures to fight money laundering, terrorist and proliferation financing". This includes, it added, promptly implementing the FATF's global beneficial ownership rules, which were strengthened earlier this year, to prevent criminals from hiding their illicit activities and dirty money behind anonymous shell companies and other corporate structures.

The minister continued her bilateral meetings on the sidelines of the Spring Meetings with counterparts from around the world and corporate leaders. She met Raj Subramanian, the president and incoming CEO of FedEx on Thursday. Subramanian told the minister "he is positive on India & has significant expansion plans, including in skilling", the finance ministry said in a tweet.