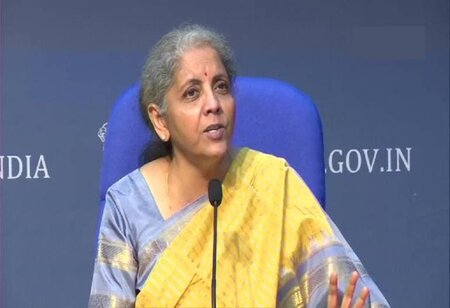 Finance Minister Nirmala Sitharaman on Tuesday explained the government’s priorities to the Reserve Bank of India’s central board during their first meeting after presentation of the Union Budget 2021-22. As per the tradition, the finance minister holds customary meeting with the board members of the RBI and the Securities and Exchange Board of India (Sebi) after Budget presentation every year.

At its first meeting after the presentation of the Budget for 2021-22, the central board of directors also reviewed the current economic situation. “The board in its meeting reviewed the current economic situation, global and domestic challenges and various areas of operations of the Reserve Bank, including ways for strengthening of grievance redress mechanism in banks,” it said.

Earlier this month, the finance minister presented a Rs 34.5 lakh crore-budget for 2021-22 in the backdrop of the coronavirus pandemic. The budget has laid emphasis on increasing capital expenditure, raising allocation for healthcare capacity building and development of agriculture infrastructure, among others, which are expected to have a multiplier effect on the economy. Hit hard by the pandemic, fiscal deficit — the excess of government expenditure over its revenues — is estimated to hit a record high of 9.5 per cent of the Gross Domestic Product (GDP) in the current fiscal ending March 31.

For the next 2021-22 fiscal, the deficit has been pegged at 6.8 per cent of GDP, which will be further lowered to 4.5 per cent by the fiscal ending March 31, 2026. Earlier this month, Das said the central bank will able to manage the high quantum of government borrowings at Rs 12 lakh crore for the next fiscal in a “non-disruptive” manner.