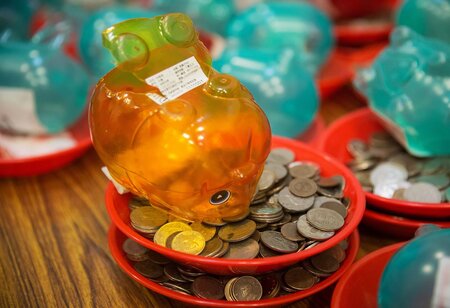 EPFO has settled 60.88 lakh COVID-19 non-refundable advance claims, and they have also disbursed Rs 15,255.95 crore till January 31, 2021, reflecting the pandemic's impact on the financial situation of the formal sector workforce. When the COVID-19 lockdown was imposed in March, the central government had allowed over 6 crore subscribers of the Employees' Provident Fund Organisation (EPFO) to withdraw an amount not exceeding their three months' basic pay as well as dearness allowance from their EPF accounts to support them during the nationwide lockdown.

The EPFO has settled 60.88 lakh COVID-19 withdrawal claims and disbursed Rs 15,255.95 crore to subscribers during the pandemic till January 31, 2021, Labour Minister Santosh Gangwar said in a written reply in the Lok Sabha. The minister added that as on January 28, 2021, the total number of beneficiaries (new employees) under the Atmanirbhar Bharat Rozgar Yojana (ABRY) meant for creating jobs stood at 4.69 lakh.

During the COVID-19 recovery phase, the central government had launched the ABRY to incentivise employment generation in EPFO registered establishments by payment of both employees' and employers' contributions, that is 24 per cent of wages in respect of new employees in these establishments. The outlay approved by the government for the total period of the ABRY scheme implementation (from 2020 to 2023) is Rs 22,810 crore. The scheme commenced from October 1, 2020 and shall remain open for registration of eligible employers and new employees up to June 30, 2021. The government will pay the subsidy for two years from the date of registration.

The minister said as many as 1,41,045 firms and 180.93 lakh subscribers benefited in July due to reduction in EPF contributions to 10 per cent

During pandemic, under the Pradhan Mantri Garib Kalyan Yojana (PMGKY) and Atmanirbhar Bharat, the Centre contributed both 12 per cent employees' share and 12 per cent employers' share under the Employees' Provident Fund (EPF), totalling 24 per cent for the wage months of March to August 2020, for all the establishments having up to 100 employees with 90 per cent of such employees earning less than Rs 15,000 monthly wage.

The minister told the Lower House that benefits amounting to Rs 2,567.22 crore have been credited in the Aadhaar seeded UANs (universal PF account numbers) of 38.84 eligible EPFO members and 2.63 lakh eligible firms. The statutory rate of contributions was reduced from 12 per cent of wages to 10 per cent for three wage months (May 2020 to July 2020) by the government during the pandemic.