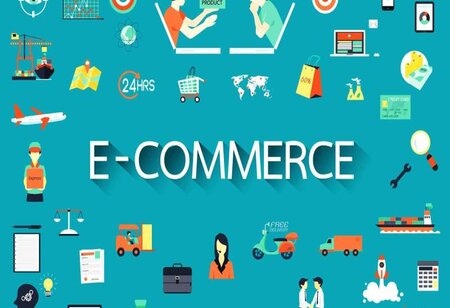 In a letter to the consumer affairs ministry, a copy of which was reviewed by Mint, IAMAI alleged the new rules will not only deny online sellers a level-playing field, but will also unfairly impact thousands of small suppliers to the e-tailers. More importantly, the rules will adversely affect the interests of millions of customers who have embraced e-commerce amid the pandemic, the letter said.

The controversial e-commerce rules spearheaded by consumer affairs minister Piyush Goyal has divided the industry, with Mukesh Ambani’s Reliance Industries Ltd (RIL) favouring the government’s move and foreign-owned e-commerce firms, such as Flipkart and Amazon India, and some of India’s largest conglomerates opposing the proposed guidelines for e-commerce marketplaces. Spokespeople for Flipkart, Amazon and RIL didn’t immediately respond to requests for comment.

On June 29, Mint first reported that e-commerce giants Amazon.com Inc. and Walmart Inc.’s Flipkart were planning to oppose the draft rules. The rules—Consumer Protection (e-commerce) Rules, 2020— that were made public in June are to be implemented after factoring in stakeholders’ views.

In the letter, IAMAI said the proposal seeks to include in its ambit entities that are “related parties and associate enterprises” such as manufacturing entities or logistics players and are part of the business to business (B2B) segment and, therefore, are beyond the scope of the Consumer Protection Act, 2019. “Merely being a related party of an e-commerce entity cannot automatically be construed that such entity be also classified as ‘e-commerce entity’, especially since such a related party may not have any online business at all,” the letter said.

According to the proposed norms, even people engaged by e-commerce entities for fulfilment of orders, such as for storage, inventory and order management, will be construed as e-commerce entities. Any outsourcing service provider or a vendor, too, will be deemed an e-commerce entity, thereby curtailing such entities’ right to access the market through e-commerce, the letter said.
Further, IAMAI said its members are concerned that under the government’s new proposals, entities that do not even remotely own or operate any e-commerce platform and are merely electronic facilitators or ‘electronic service providers’ will be defined as e-commerce players. This, IAMAI said, will have a huge impact on startups, which, in turn, will affect their constitutional right to carry on any business, trade or profession.

“Such a restriction will impact the government’s Digital India initiative and prevent smaller businesses from accessing pan-India or global markets. Given this, the proposed amendment needs to be removed,” the letter said. “Order fulfilment” and “related party” should not be covered under the ambit of e-commerce entity definition, IAMAI argued.
Additionally, the proposal requiring even the foreign entities involved in the e-commerce service cycle to register with DPIIT goes against the spirit of improving ‘Ease of Doing Business’ policy of the government and are against the spirit of global trade and commerce and may deter foreign entities from offering their goods and services in India, which would be against consumer interests in the long run.