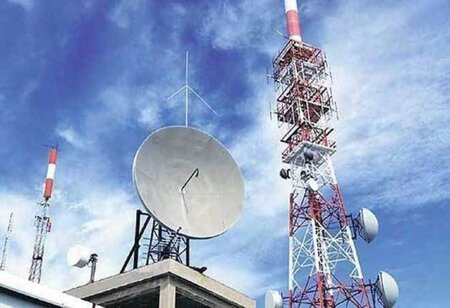 The Department of Telecommunications (DoT) is proposing legislative changes to address long pending issues such as the disbursement of E and V band spectrum as the government considers allocating these airwaves instead of auctioning them, said a top official. Telecom secretary K. Rajaraman also stated that Vodafone Idea’s (Vi) application for swapping the accrued interest on its deferred dues for government equity could be approved within the next two-three weeks. Cash-strapped Vodafone Idea had urged the government to expedite the approval for clarity on the company’s shareholding pattern which is crucial for bringing external investors on board. He added that the next generation of telecom reforms which are likely to be focussed around the ease of doing business are likely to be announced in May or June.

“As we get into the 5G technology era, we might need to go ahead with legislative reforms because there will be an enormous demand for backhaul spectrum. And if we have to allocate them instead of auctioning them as a principle, this might require a different framework,” Rajaraman said. Spectrum in the `E’ band, which falls between 71-76 Ghz and 81-86 Ghz, and `V’ band, between 57-64 Ghz, can transmit data at super speeds of around 1,000 megabit per second m. In places where carriers can’t lay fibre, E and V bands can be used, which are also more cost-efficient than fibre.

According to people familiar with the matter, legal opinion received by DoT on E & V bands allows the government to take a call on whether to auction or administratively allocate airwaves in these bands. The Telecom Regulatory Authority of India (Trai), in its recommendations to the DoT way back in August 2014, had said that both E and V bands should be delicensed and allotted administratively on a ‘link to link basis’.

DoT officials, however, have been reluctant to follow the Trai recommendations since the 2012 Supreme court judgment, which had advocated auction as the method to allocate scarce natural resources like spectrum. The E & V bands have been the focal point of a long-running dispute between technology players at one end and the telecom industry at another.

Operators oppose delicensing the bands and any allocation without auctions as they fear technology companies may enter the broadband market using the unlicensed spectrum effectively free of cost. This, they argued, may lead to a non-level playing field as telcos have bought access spectrum to offer the same kind of services.

The tech companies also say auctioning the E and V spectrum bands would rob Indians of high-speed, gigabit capacity broadband connectivity and go against the regulator’s call for freeing up these airwaves. Interestingly, Bharti Airtel, in recent submissions to the telecom regulator, has tweaked its stance and asked for bundling of the E band with 5G spectrum which will be auctioned. It has argued that carriers could use the E band spectrum for backhaul. But Reliance Jio has continued to oppose any administrative allocation and asked for auction of all airwaves.

Rajaraman said the second generation of telecom reforms would be around spectrum, rationalizing of licenses, many of which are “redundant”, as well as organizational reforms to make government’s response quick and timely to reflect the evolving needs of technology and the industry. “A committee is looking into ways to reduce the compliance burden on the telecom service providers and on wireless spectrum allocation, apart from other issues such as bringing about convergence in this space,” Rajaraman said.

He also added that reforms would be forward looking and would consider how to address the layers of taxation the industry has repeatedly highlighted in the past. The industry has consistently called for a reduction in levies, saying over Rs30 of every Rs100 earned by operators are paid to the government. Amidst hotting up of the satcom space in India, Rajaraman said he expects satellite to complement terrestrial mobile networks in the foreseeable future, with satcom restricted to only remote areas like deserts, mountains etc. He added that Reliance Jio’s application for global mobile personal communication by satellite services (GMPCS) licence was likely to be processed in the next four weeks.