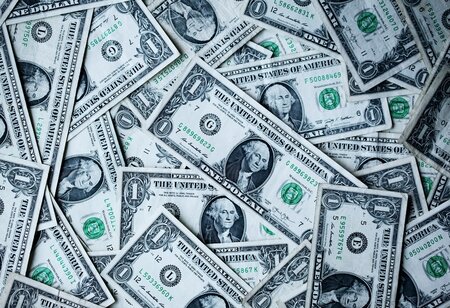 Sliding from the life-time high recorded a week ago, the forex reserves declined by $4.148 billion to reach $603.933 billion for the week ended June 18th on account of a fall in gold and currency assets, as per data from the Reserve Bank of India (RBI).

In the preceding week ended June 11, the forex kitty had swelled by $3.074 billion to reach a record high of $608.081 billion, driven by a rise in foreign currency assets (FCA).

Sustained foreign direct investment (FDI) and foreign portfolio investor (FPI) inflows had led to the gains in foreign exchange — or forex — reserves in the past few weeks.

In the reporting week ended June 18, the FCA — a major component of the overall reserves — declined by $1.918 billion to $561.540 billion for the reporting week, as per data released by by the Reserve Bank on Friday.

Expressed in dollar terms, the foreign currency assets include the effect of appreciation or depreciation of non-US units such as the euro, pound sterling and Japanese yen held in the forex reserves.

After a $490 million increase in the preceding week, the gold reserves declined by $2.170 billion to $35.931 billion, according to the data.

The special drawing rights (SDRs) with the International Monetary Fund (IMF) dipped by $14 million to $1.499 billion.

The country’s reserve position with the IMF also decreased by $46 million to $4.965 billion in the reporting week, the central bank data showed.

The rising forex reserves could bring some comfort to the government as well as the Reserve Bank in managing the nation’s external and internal financial issues at a time when the economy is facing Covid stress once again and it could have an impact on the gross domestic product (GDP) growth rate for the ongoing fiscal as states are announcing lockdowns. It is a big cushion in the event of any crisis on the economic front and enough to cover India’s import bill for a year.

An increase in the forex kitty could also help strengthen the rupee against the US dollar.

Higher reserves could bring confidence to markets that a country can meet its external obligations, demonstrate the backing of domestic currency by external assets, assist the government in meeting its foreign exchange needs and external debt obligations, and maintain a reserve for national disasters or emergencies.