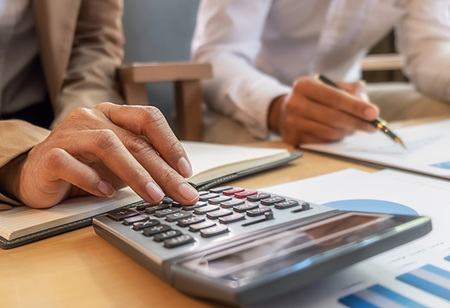 India starts the first finance track deliberations under G20 Presidency today, on December 13 from Bengaluru. The first G20 Finance and Central Bank Deputies (FCBD) meeting is scheduled to be held for three days beginning December 13. As part of the finance track under the G20, a total of over 40 meetings will be held covering various working groups and four ministerial deliberations in the next year.

Economic affairs secretary Ajay Seth said, “G20 finance track outcomes will aid sustainable and inclusive growth for all and bring more resilience to the global economy. We also hope that the G20 finance track agenda will improve our collective preparedness for future challenges and needs, especially for developing and vulnerable economies. Nearly 40 meetings spread all over the country, covering various working groups and four ministerial meetings will add significant value to the global economic discourse,”

“We are going to kick-start the discussions at the level of deputies. Later, we have planned a G20 finance ministers and central bank governors meeting in February, again in Bengaluru. We are going to have focussed discussions over a wide range of contemporary and forward-looking issues. These include global economic issues, strengthening the international financial architecture, and financial sector issues such as financial inclusion, infrastructure financing, health financing, sustainable finance and international taxation,” stated Seth.

“India has put together people-centric and action-oriented priorities. The ministry of finance through extensive consultations has curated a robust agenda which will ultimately feed into the G20 leader’s declaration when the hon’ble prime minister hosts the G20 summit next year,” Seth mentioned.

The finance ministry said discussions in Bengaluru beginning Tuesday will focus on the agenda for the Finance Track under the Indian G20 Presidency. “This includes reorienting international financial institutions to meet the shared global challenges of the 21st century, financing cities of tomorrow, managing global debt vulnerabilities, advancing financial inclusion and productivity gains, financing for climate action and SDGs, a globally coordinated approach to unbacked crypto assets and advancing the international taxation agenda,” it said.

On the sidelines of the meeting, a panel discussion will be held on ‘Strengthening Multilateral Development Banks to Address Shared Global Challenges of the 21st Century’. A seminar on the ‘Role of Central Banks in Green Financing’ will also be held.

The ministry said, “The Indian G20 Presidency’s theme of ‘One Earth One Family, One Future’ will guide the G0 Finance Track discussions. “India has assumed the G20 Presidency at a time of multiple challenges, which include scarring from the COVID-19 pandemic, sharpened geopolitical tensions, rising food and energy security concerns, growing debt distress, inflationary pressures, and monetary tightening, among others. A key role of the G20 is to provide guidance in dealing with such challenges.”