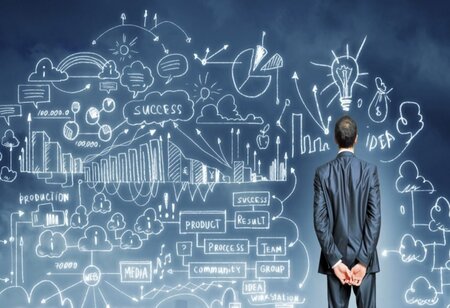 On Tuesday, a report by Reserve Bank of India cautioned that the balance of risks will increase towards a darkening global outlook and emerging market economies (EMEs) appearing to be more vulnerable, while incoming data suggest that global inflation might peaked. ‘State of the economy’ report by RBI stated, “Inflation may be slightly down, but it is certainly not out”. “If anything, it has broadened and become stubborn, especially at its core. An unease hangs over energy prices”.

“The near-term growth outlook for the Indian economy is supported by domestic drivers as reflected in trends in high frequency indicators. Equity markets touched a string of new highs during November buoyed by strong portfolio flows to India”, by RBI report after hiking Repo rate by 225 basis points since May this year to tame inflation. Headline inflation moderated by 90 basis points to 5.9 per cent in November driven by a fall in vegetables prices even as core inflation remained steady at 6 per cent. The report said, “Waning input cost pressures, still buoyant corporate sales and turn-up in investments in fixed assets are heralding the beginning of an upturn in the capex cycle in India which will contribute to a speeding up of growth momentum in the Indian economy. Emerging market economies (EMEs) appear even more vulnerable, having battled currency depreciations and capital outflows in addition to slowing growth and high inflation.” “Debt distress is rising, with a surge in default rates and an appreciating US dollar – the principal currency in which debt is denominated – although more recently it has tumbled down from 20-year highs,” the report stated.

On December 7, the RBI’s Monetary Policy Committee (MPC) hiked the repo rate by a smaller quantum of 35 basis points to 6.25 per cent after inflation eased in October. The six-member committee also slashed the GDP forecast for fiscal 2023 to 6.8 per cent from an estimate of 7 per cent earlier as risks continue to emanate from protracted geopolitical tensions, global slowdown and tightening of global financial conditions.

The outlook is overcast for 2023 with indications of weaker global growth, fraught with downside risks. Inflation is likely to moderate in 2023 from current levels, but it would remain well above targets in most economies, the RBI said.

On inflation, the report said the easing was primarily driven by the sharp moderation in food inflation. The index declined by 11 bps month-on-month (m-o-m), which along with a favourable base effect (month-on-month change in prices a year ago) of 73 bps, resulted in a fall in headline inflation by around 90 bps between October and November.

Regarding the economy, the RBI report said high frequency indicators suggest that domestic economic activity remained resilient in November and early December. The outlook for private consumption and investment is looking up, although relatively higher inflation in rural areas is muting spending in those regions, it said.

“Net exports are restrained by the global slowdown. Agricultural and allied activities and contact-intensive services are leading the supply response, with industry on an uneven recovery,” it said. In response, capital flows to India are strengthening. Business and consumer confidence is turning up, and expectations of a better second half of 2022-23 relative to the first half are being reflected in forward-looking surveys.