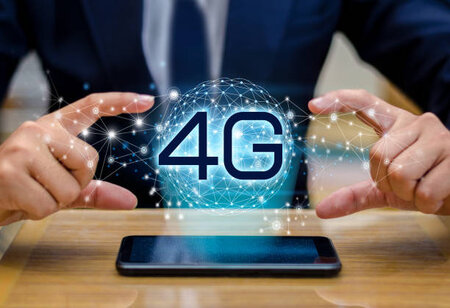 The much-awaited fourth generation or the 4G commercial services launch by state-run Bharat Sanchar Nigam Limited (BSNL) is expected in Q2 of fiscal 2022-23 with a purchase order (PO) for network equipment procurement likely to be placed by April, the minister of state for Communications Devusinh Chauhan has said.

"The commercial rollout of 4G services of BSNL is expected to start from August-September 2022," Chauhan told, adding that the purchase order is expected to be placed by BSNL in April, 2022.

BSNL's next generation network launch has been hanging fire since more than six years while it continues to lose revenue on account of non-availability of 4G services being already offered by private sector rivals such as Reliance Jio, Bharti Airtel and Vodafone Idea.

In April 2015, the then BSNL chairman Anupam Shrivastava, in a letter to the telecom department (DoT) sought 2500 MHz frequency band to launch 4G services.

"Currently the Proof-Of-Concept (PoC) is ongoing which is expected to be completed by 31st January 2022," the minister added.

In July 2021, BSNL allowed Tata Consultancy Services (TCS)-backed consortium to test the network within a 120-day timeframe which was later extended up to December 31, 2021, following the delay in supply of specified power-backed radio equipment.

Tata group company and state-driven research and development (R&D) organisation Centre for Development of Telematics (C-DoT), which emerged as a dominant consortia are currently undertaking a PoC in Ambala and Chandigarh for network testing and demonstration purposes.

Rival groups led by Indian companies such as Tech Mahindra and L&T backed out of the race, following the DoT's technical committee recommendation for the use of Indian core in BSNL's next generation network.

In September, BSNL sought Rs 37,005-crore from the government that included the capital expenditure (capex) of Rs 17,500 crore, and Rs 19,605-crore for servicing its debt liabilities between the current fiscal and FY24.

Telco's operating expense (opex) on account of 4G network rollout is likely to come close to Rs 800 crore per annum.

"Challenge is the absence of 4G services today, BSNL chairman Pravin Kumar Purwar earlier said, and added that once the telco rolls out 4G services, it would be in a better market position.

The state-run telecom carrier's market share had come down to 9.60%, as per the Telecom Regulatory Authority of India (Trai) recent statistics.