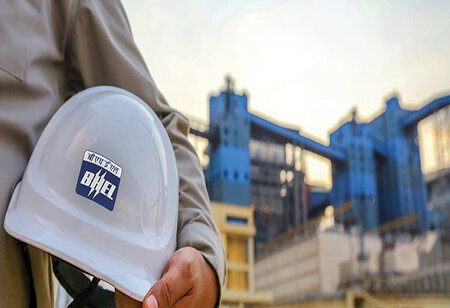 Bharat Heavy Electricals Ltd (BHEL) share price tumbled as much as 18 per cent to Rs 62.55 apiece in intraday on BSE, after the company reported lower-than-expected Jan-Mar quarter results. At NSE, the stock plummeted 20 per cent. BHEL’s consolidated net loss narrowed to Rs 1,036.32 crore in the March quarter against a net loss of Rs 1,532.18 crore in the year-ago period. Following the weak set of quarter numbers, most of the analysts and brokerage houses hinted at a further fall in the share price. Motilal Oswal has a price target of Rs 40, Kotak Institutional Equities pegged the price target at Rs 34, and Nirmal Bang has a target of Rs 48, with ‘sell’ rating to it. This implies a further fall of up to 55 per cent.

The brokerage firm said that BHEL continued to struggle with a weak ordering environment in the Power sector, high receivables and huge FY21 employee cost. In FY21, working capital stood elevated 101 per cent of sales, weighed by a higher inventory and receivables and poor execution. The brokerage house added that higher fixed cost has dented operating performance, with the operating loss attributable to under-absorption of costs. The company is yet to show a significant improvement in pending receivables, with total debtors at Rs 313b in FY21.

With a rising preference for renewable energy generation, Nirmal Bang is structurally negative on thermal power capacity addition in India. Key upside triggers for BHEL are sudden revival in thermal power capex, new business segments winning large-sized orders, favorable outcome of global EOIs (strategic partnerships/takeover of assets) and improvement in the receivables position. BHEL’s share price has doubled YTD and the stock is currently trading at 24x FY23 EPS. The brokerage firm believes such sharp re-rating in the last six months is unwarranted amid muted ordering prospects. However, order wins in the Oil & Gas segment is encouraging in its view