Yes Bank seeks to wipe out NPAs by year end 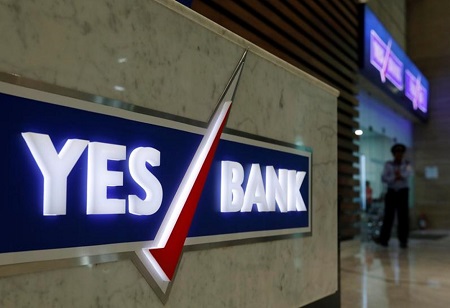 Yes Bank expects to emerge with a near-clean balance sheet by the end of the third quarter after selling bad loans worth ₹48,000 crore, an official at the private lender said. The bank, which has agreed to sell these loans to an asset reconstruction company (ARC) floated by J.C. Flowers, will meanwhile seek the Reserve Bank of India’s approval to pick up a 20% stake in the ARC.

The ARC will have to pay ₹1,677 crore within 60 days of Yes Bank formally approving the offer. It had paid an earnest money deposit of $50 million at the time of submitting the bid.

“This would mean that the deal will be closed in the third quarter of the current fiscal and the bank will have near-zero non-performing assets (NPAs)," the person mentioned earlier said on the condition of anonymity.

Yes Bank had received the counter bid from the ARCIL-Cerberus consortium last month under the Swiss Challenge method, after accepting the term sheet from the highest bidder JC Flowers for ₹11,183 crore. Cerberus, which was a strong contender for the assets, had lost out to JC Flowers ARC in the initial bidding round as it does not own an ARC.

A Swiss Challenge gives rivals an opportunity to outdo the winning bidder. If there is such a bid and the winning bidder refuses to match it, the challenger pockets the deal. One of the conditions under this method was that the counter offer for the NPA pool can be made only by an ARC and must be at least 5% higher than the anchor bidder to be eligible.

Under the proposed transaction, the stressed loans will be sold under a 15:85 structure, with ₹1,800 crore, or 15% of the agreed amount, to be paid upfront in cash to Yes Bank. The rest will be paid in security receipts to be redeemed as the ARC recovers money from defaulters. Yes Bank plans to invest up to ₹350 crore for a 20% stake in the JC Flowers ARC.

The sale of stressed loans was one of the main conditions for both private equity investors Carlyle and Advent International acquiring 10% stake in the bank for ₹8,898 crore. The proposed sale is subject to regulatory approvals, including from the Reserve Bank of India and the Competition Commission of India.

Yes Bank, which was put under the reconstruction plan in March 2020, exited it in June this year with its financial position having improved significantly since then.