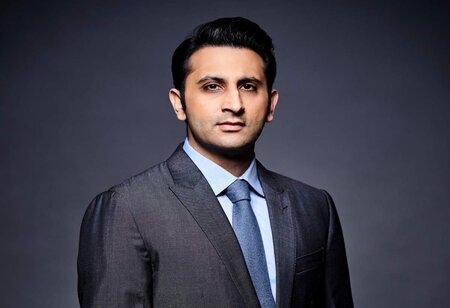 Adar Poonawalla-controlled Rising Sun Holdings will acquire a 60 per cent stake in the non-banking financial company (NBFC) Magma Fincorp by subscribing to a Rs 3,456-crore preferential issue. After the infusion of capital, Magma and its subsidiaries will be rebranded as Poonawalla Finance.

The preferential allotment represents 64.68 per cent of MFL’s enhanced equity share capital after the issue. Rising Sun Holdings will hold 60 per cent in the entity post issuance, and the existing promoter group stake will get reduced to 13.3 per cent. The net worth of MFL will increase to over Rs 6,300 crore, the statement said.

The acquisition of a controlling stake along with huge capital infusion is expected to have a positive impact on the business operations, including for customers, employees, lenders and other stakeholders

Shares of Magma closed 10 per cent higher at Rs 84.95 on the BSE on Wednesday. Sanjay Chamria, vice-chairman and managing director of MFL, said the firm had 300 branches with 10,000 employees, spread over 22 states. With the proposed capital infusion, the company expects improvement in productivity and operating matrix. Existing promoters will infuse Rs 250 crore and the Poonawallas will bring in about Rs 3,200 crore as capital.

Subsequent to the completion of the preferential allotment, the existing financial services business of Poonawalla Finance is proposed to be consolidated into Magma Fincorp subject to compliance with extant regulations. Adar Poonawalla will become the chairman of the board of directors, and Abhay Bhutada will become managing director. Chamria will continue as the executive vice-chairman.

The management team will be further strengthened through the appointment of a professional CEO & COO from among the best in the industry, with substantial experience of running large financial services’ businesses, they said. The acquisition of a controlling stake along with huge capital infusion is expected to have a positive impact on the business operations, including for customers, employees, lenders and other stakeholders. Post transaction, MFL will be able to leverage the vast opportunities in the lending space with expected reduction in borrowing cost.