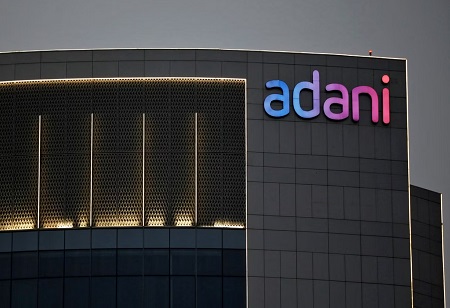 Adani Wilmar has emerged as the top performing IPO of year 2022 with returns of more than 155 per cent post listing.

As per data by Prime Database, Adani Wilmar which listed in January this year gave returns of 15.30 per cent on listing day and returns of 155.59 per cent as on 21 December market price.

As regards listing day performance, DCX Systems gave highest returns of 49.18 per cent followed by Harsha Engineers at 47.24 per cent, Hariom Pipe Industries with 46.86 per cent returns on listing day.

Pranav Haldea, Managing Director, Prime Database said that all IPOs which were able to get the required subscription are successful. Even if an IPO is subscribed 1 time, it shows that there was enough demand for the IPO at that price. Haldea said post the IPO, they are like any listed company and their performance depends on the economy, sector and company performance.

Keyur Majmudar, Managing Partner at Bay Capital said compared to last year, IPO exuberance has been rightly tempered in 2022. Many IPOs scheduled at the start of the year were pushed deeper into the year owing to the macro scenario and geopolitical factors. Despite the challenges, investors continued to look at reasonably priced IPOs, and quite a few IPOs since the middle of the year received a good response. Investor appetite, while being good for certain types of businesses, was largely tempered for internet-based and digital-first businesses.

India outshined global markets in the year 2022, as it stood resilient to several global headwinds like; high inflation, rising interest rates, currency swings, geopolitics uncertainties and the onslaught of FII selling, according to Motilal Oswal Broking and Distribution.

This resilience has been led by several structural tailwinds which has placed India in a bright spot on the world map.

Despite a roller-coaster ride, Nifty gained 7 per cent (as of 12th December) for the year as compared to 10-20 per cent fall in most of the global indices. In fact, it touched a fresh life high of 18,888 in Nov'22. Nifty Midcap index too remained resilient and gained 7 per cent YTD.

However Nifty Smallcap index faced the major brunt with a fall of -11 per cent. PSU Banks were clear outlier, witnessing a rally of 72 per cent in the year till date, the report said.

India stands out like an oasis in the desert, where rest of world is facing multiple challenges. Domestic flows too have remained strong and now FIIs have turned buyers. Nifty now trades at a 1-year forward P/E of 20x, which seems fair, in our view.

In CY23, the global factors, like recessionary fears, geo-political risks and rising Covid cases in China could keep the equity markets volatile. US Fed policy actions in 2023 along with RBI's would hold importance where any moderation might encourage markets to pick up momentum, the report said.

"We expect two themes to play out in CY23 viz. credit growth and capex and thus sectors like BFSI, capital goods, infrastructure, cement, housing, defence, railways could be in focus," it added.

Anmol Das, Head of Research, Teji Mandi said 2022 could be attributed to the revival of PSU Banking space rallying more than 60-65 per cent over last year prices with those private sector banks which had been laggards in earlier rally of large banks.

Although the falling prices of steel & metals took away the previous year's shine from the Metals sector, the downstream companies among the metal indices took the rally further after multiple rounds of product price hikes blaming the rise in commodity prices along with supply side challenges.

Pent up demand over the pandemic years in addition to semiconductor availability issues getting fixed led to selective good returns from among the Auto sector, while the opening of all restrictions for Covid led to increase in consumption volumes providing final respite to FMCG companies.

Amidst all these, India turned out to be an outlier when most of the global markets clocked negative returns. The relatively stable equity market in India was a result of a smart economic recovery from the pandemic shock and the growing dominance of retail investors.