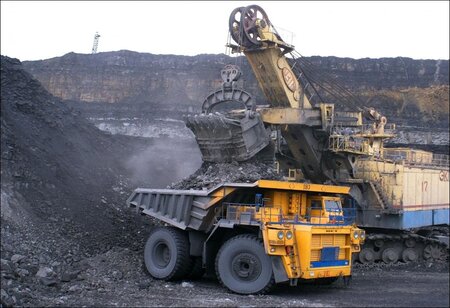 Adani's Australian mining division Bravus Mining & Resources has struck coal in the much controversial Carmichael project in Queensland. Bravus Mining and Resources CEO David Boshoff noted that it was an exciting day for the over 2,600 people on the Project; a day that has been in the making for over a decade.

"Nearly two years ago today we received our final approvals to develop the Carmichael mine and rail project. We have faced many hurdles along the way, but thanks to the hard work and perseverance of our team, we have now reached the coal seams," the CEO said.

Boshoff said Bravus was on track to export the first coal as promised, in 2021.

"We're on track to export first coal this year, and despite reaching this significant milestone, we will not take our eyes off our larger goal of getting coal to market," he said.

Taking to Twitter, Gautam Adani, Chairman of Adani Group said: "Proud of my tenacious team who mined Carmichael's 'first coal' in the face of heavy odds. There couldn't be a better birthday gift than being able to strengthen our nation's energy security and provide affordable power to India's millions. Thank you, Queensland and Australia."

As per the company, India will be a foundation customer for the Carmichael mine and is the fourth largest global user of electricity as well as the source of the biggest growth in global energy demand.

The mine has been at the center of several protests and campaigns by environmentalists.