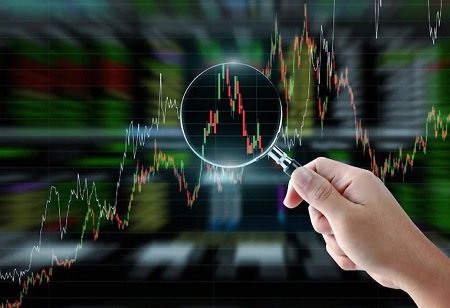 To curb further spike in prices, the government would be releasing wheat from the Food Corporation of India (FCI)’s stock in the open market soon, Sanjeev Chopra, secretary, department of food and public distribution, said on Thursday.

“There is uptake in the prices of wheat and atta (flour), we are aware of the issue and various options including selling wheat under OMSS from FCI’s stock are being explored and very soon we will come up with our response,” Chopra said.

Sources told FE that around 2 million tonne (MT) from FCI’s stock will be released in the open market by next week.

Following the government decision to discontinue the free ration scheme from December 31, 2022, the FCI is likely to have 3 MT of surplus wheat stock by the end of the current fiscal against the buffer. As per assessment, the wheat stocks held with FCI by April 1, 2023 would be a comfortable 11.3 MT against a buffer of 7.4 MT.

The FCI had earlier stopped sale of wheat in the open market from its stocks for the first time more than a decade in view of a sharp drop in procurement in 2022-23 rabi marketing season and additional allocations of the grain under the free ration scheme.

Due to lower production and higher global demand, FCI’s procurement in the 2022-23 marketing season fell by more than 56.6% to only 18.8 MT against 43.3 MT purchased from the farmers in the previous year. New procurement drive for 2023-24 marketing season will commence from April 1.

According to the department of consumer affairs’ price monitoring cell data, the modal retail price of wheat and flour (atta) on Thursday rose to Rs 28/kg and Rs 35/kg, respectively, from Rs 22/kg and Rs 28/kg six months ago.

Meanwhile, Chopra said FCI will be installing 50 automatic grain analysers by this month end for assessing quality of rice from millers brought to FCI godowns so that discretionary decision making at the ground level officials are minimised.

“Gradually roll out across procurement centres after observing its efficacy. Discretion of the field level officials is brought down to minimal,” he said.

FCI will also set up a quick response team to visit the spot where rice brought in by the millers meet the fair and average (FAQ) standard or not.

This comes after a nationwide crackdown was undertaken recently against a few officials of the FCI by the Central Bureau of Investigation (CBI). CBI had conducted searches at 50 locations in Punjab, Haryana and Delhi. The CBI has investigated alleged malpractices in procurement, storage and distribution of foodgrains.

Stating that recent development in FCI as a ‘wake-up call’ food minister Piyush Goyal, Goyal last week had said, “we have to adopt a zero-tolerance policy towards corruption,”.

Goyal said that the ‘transformation’ of the FCI should be done on a fast-track mode so that the organisation can continue to help the poor and the farmers of the country.