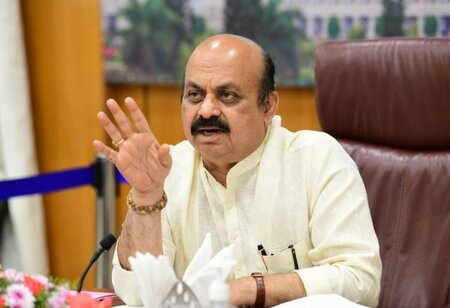 One of the flagship events of the Karnataka government, "Bengaluru India Nano" having "Nano for Sustainable Future" as its theme, is scheduled to be held from March 7-9 and it will be inaugurated by Chief Minister Basavaraj Bommai.

Addressing a press meet on Wednesday, C.N. Ashwath Narayan, Minister for IT/BT and Science & Technology, told that the annual event is being conducted virtually for the first time.

Over 10 countries including Israel, Japan, Germany, Canada will be participating and the event is being organised in association with 5 leading industries, including IESA, TIE Bangalore and others, he said.

"The 12th edition of the 'Bengaluru India Nano' summit focuses on nano-medicine, nano-photonics, nano-textiles, hydrogen technology among others. 75 eminent speakers, 2500 delegates, 25 sessions, and over 4000 attendees are expected to participate", Minister Narayan elaborated.

For the first time, programmes like "nanotech quiz" and "nano for young" have been introduced with the objective of sensitising young minds about futuristic nanotechnology.

Around 650 students belonging to 23 states and 5 Union Territories have already registered for the quiz event. Sessions that will be held on the final day are designed in a tutorial model keeping students in mind, he told.

On the occasion, the "Nano Excellence Award" by the Government of Karnataka will be presented to 5 young researchers, who are pursuing a PhD in Nano Technology. During the event, Dr C.N.R. Rao sponsored awards will also be presented.

Prof Navakanta Bhat, Chairman, State Vision Group for Nano-Technology, said, the integration of nanotech, life sciences, and health sciences has resulted in revolutionary innovations like mRNA vaccine and many such innovations are in the pipeline to be unleashed.