Green Energy and its Positive Impacts on Indian Economy 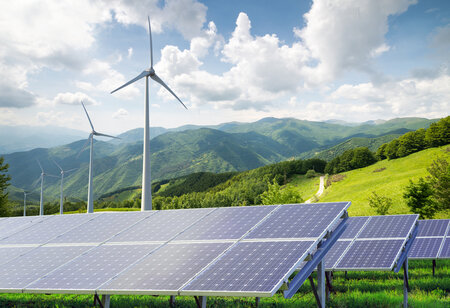 Over the last decade or so, the world has witnessed a multitude of natural disasters caused by climate change. While many still believe that these repercussions can be corrected through innovative strategies, that still doesn’t suffice. It is high time that people as well as national leaders shift towards the importance of green/renewable energy. Green Energy and green energy technology can be a game changer in the country on multiple levels. Apart from the normal importance of renewable energy in India, using sustainable renewable energy can also have a positive impact on the growth of the Indian economy. And in this article, we will take a closer look at those impact of Green energy on economic growth of the country.

One of the most notable improvements shifting to green energy can offer is the increase in job opportunities and in the current context, this will be a huge boost for the growth of the economy. Owing to the fact that renewable energy is a diverse arena with a multitude of job positions, people with different qualifications and experience can get employed in this industry which is also a great thing for the development of the economy.

Many industry experts believe that, in the coming years, there will be unprecedented demand for renewable energy and this increased demand can lead to better employment opportunities. Also, the fact that more and more companies are starting to mushroom in this arena, shows how much employment potential this industry vertical can offer to the people of the country consistently in the coming years.

Yet another notable advantage of shifting to renewable energy is to reduce the ever-increasing cost for energy in India. Not only are renewable energy sources sustainable for the environment, at the same time, it will only cost considerably low cost. And if the government wants to aim for the greater good of the country and its people in the long run, then it is high time that the government shift their focus towards renewable energy. The reduced cost to produce energy will also mean that it can be offered to the general public at a lower price than what it is now which will also be of great help to the commoners of this country.

In line with the previous point, renewable energy can help the country to attain energy independence by moving away from conventional modes of energy. Over the years, the cost of energy has been constantly on the rise and this has been an added expense for many countries across the globe but with renewable energy, the country can benefit in the future as well by shifting to environment friendly and sustainable renewable energy methods. Also, by attaining energy independence, the government can start focusing on other ways of developing the nation and its people.