Started from two, grew to 70+ in three years: doodleblue’s way of kick starting a startup 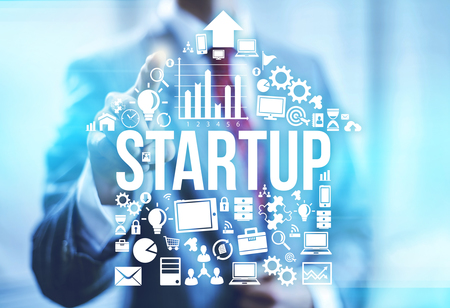 Working for a startup or building up one has always been a big step one has to take. While our country has been favorable in terms of building up businesses and encouraging budding entrepreneurs, many still struggle in the dilemma of taking that one decision. Risk taking is one thing while holding on to it and making it a success is another.

Amongst such entrepreneurs lie Atishe Chordia, CEO of doodleblue Innovations, a mobile application design and development company based in Chennai. Starting a startup will still seem to be an easier task when compared to maintaining it and taking it to the next level. “Creativity is the core to build up any organization and keep it growing! When we choose the doodleblue family, we carefully look for believers and innovators.” says Atishe referring to doodleblue’s employees as his family. “We make sure our values are in line with the ones we hire, and our job becomes so much simpler.”

We have heard people say working for a startup as one of the hardest decisions you make. You share the risk of success and/or failure. Creativity is one definite thing you can usually look for in startups but at the same time employee attrition is something of great concern. However, doodleblue’s CEO has a different perspective to it, “When we say our employees are our family, we mean it! Once recruited, we bestow trust in them. We believe in them and so do they. Every failure is just another learning lesson. That is how we grow.” True to what he says, doodleblue has seen less than 10% attrition every year.

“Working with a startup like doodleblue is a cool thing. You fail, you learn, you think, you create something new, everything is accepted and expected. ‘Great work team’ is all that you will hear Atishe say at the end of every project.” says a Creative Project Manager at doodleblue. While we have seen companies following a set of designations for its employees, doodleblue has always been different. You will find designations like creative project manager, creative marketing manager, etc. While it may seem clichéd, doodleblue really has a team that focuses on creativity and another who focus on technicality. So much so that the CEO has always been particular about the ‘d’ in doodleblue to be in lower case.

“If someone backs out just because he has competition, he is never a part of the game!” points out Tripti, CMO at doodleblue referring to facing the competition in your business. Competition is something you will always run into, sooner or later. Either be ahead of it or keep up to it. This is how most successful startups have worked. If the ultimate goal is clear, the path to it becomes easier to pave out.