India Retail Industry is one of the largest among all the industries within the country. Due to the entry of several new players, the Indian retail industry has emerged as one of the most dynamic and fast-paced industries which accounts for over 10 per cent of the country’s Gross Domestic Product (GDP) and around eight per cent of the employment. India is the world’s fifth-largest global destination in the retail space.

The Retail Industry in India has come forth as one of the most dynamic and fast paced industries with several players entering the market. But all of them have not yet tasted success because of the heavy initial investments that are required to break even with other companies and compete with them. The India Retail Industry is gradually inching its way towards becoming the next boom industry. According to FDI Confidence Index, India ranks 16th after U.S., Canada, Germany, United Kingdom, China, Japan, France, Australia, Switzerland and Italy and ranks as the world’s fifth largest global destination in the retail space.

Today, the retail world, with its ever evolving challenges is no more a haven for the entrepreneurs. With the digital disruption, new business models and increasing consumer expectations to the mix and sustained, profitable growth has become even more challenging. While the retail businessman can run its operations, with their limited market knowledge and limited resources, most firms often struggle to execute their ventures successfully and eventually witnessing hard rock bottoms. In order to overcome this and drive the business, these businesses need consultants who enable the progress of such firms in the retail industry in a rather organized manner. Hiring the right consultant can help retail businesses to mark its presence within directed markets, and with their marketing tactics, retail consultants can deliver required results that will prove vital to such business. 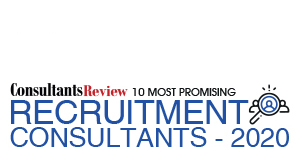