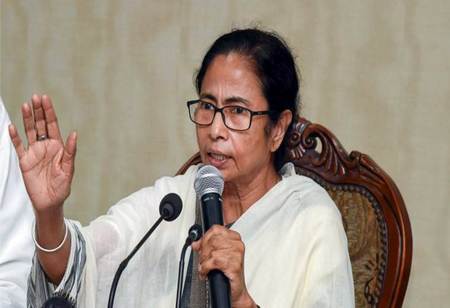 After a hiatus of two years owing to the ongoing COVID-19 pandemic, the West Bengal government will host the Bengal Global Business Summit (BGBS) in April of next year, a highly placed government official said.

The business summit, which is a flagship programme where the state government showcases the business readiness and investment potential before the global business community, will be held on April 20-21, the official said.

"The pandemic is on the decline and so we have decided to hold the BGBS next year in April. The two dates will be April 20 and 21," he confirmed to PTI.

Chief Minister Mamata Banerjee will also be travelling abroad where she might be holding road shows to promote the state’s industry friendliness to attract more investment here, he said.

Governor Jagdeep Dhankhar, who was requested to promote the state as an industrial destination, has also agreed to travel overseas for the purpose, the official said. The last business summit was held in February 2019.

For the 2022 edition, the state government has formed a task force under the chief minister’s guidance. State chief secretary H K Dwidevi and other senior officials of the government have been included in the force, the official said.

The 2022 event will not have him as a full-fledged finance minister. The last edition of BGBS in 2019 which saw 12 partner countries, the government had claimed that the state had attracted Rs 2.84 lakh crore worth of investment which was expected to generate eight lakh to 10 lakh jobs.