Warren Buffett's 7 Business Lessons that can Help your Business 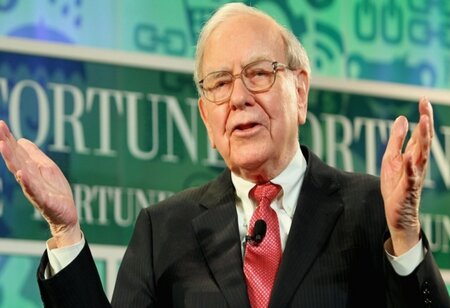 At some point in our lives, almost every one of us has wondered after coming across the story of a billionaire, ‘what can I do to become successful just like him/her?’ While there are quite many persons in the list of rich and successful persons, the name of Warren Buffett just stands apart. An American business tycoon, stockholder, and humanitarian, Warren is currently the chairman and CEO of his textile manufacturing firm Berkshire Hathaway. Berkshire Hathaway possesses more than 60 companies, including insurer Geico, battery brand Duracell and restaurant chain Dairy Queen. Arguably one of the greatest investors of all time Warren is also fondly called as the ‘Oracle of Omaha,’ because the investment industry follows his investment preferences and comments on the market quite closely; and he lives and works in Omaha, Nebraska. The son of a U.S. congressman, Warren Buffet first bought stock at the age 11 and filed his first taxes at age 13. A true philanthropist, Warren Buffett has donated more than $45 billion, mostly to the Gates Foundation and his kids' foundations. Reportedly, he has decided to donate more than 99% of his wealth.

Some of the Business Lessons that we can learn from Warren Buffet are as follows:

The very first business of Warren Buffett's was to sell Coca-Cola bottles door-to-door in Omaha. At present, he owns approx. 9% of the company. Figure out how much you own currently and out of that how much you can invest. If you have X dollars, you can only invest Y percentage of it and should do better than ‘eat what you kill’. While they practically live on commissions paid out to their debts, they leave very little behind. What they need to do is to plan something bigger than their paycheque and set aside less than 10% of their monthly income to invest in stocks. This strategy is applicable to almost all amounts.

Buy What You Understand

According to Buffett, ‘A businessman should ever invest in a business that he/she cannot understand." But it also necessarily doesn't mean that one should avoid investing outside their area of expertise. Instead, you should be able to properly evaluate it. But if a company's business is majorly outside your area of comprehension, it's best to avoid it.

In his 1996 shareholder letter, Buffett quotes, “An investor should be able to correctly assess his/her selected businesses. Acknowledge the word ‘selected’, as its quite unnecessary for you to be an expert on every company. You only need to possess the competency of being able to evaluate companies”

Buffett has always invested in financial stocks like Wells Fargo and consumer discretionary stocks like Coca-Cola, but he was quite reluctant to invest in technology stocks during most part of his career. He finally overcome his fear and took a leap to invest in the shares of Apple in 2016, and was able to reap a profitable percentage out of it.

Buffett has always believed that investors should feel a belongingness in the companies that they buy for their portfolios. In his 1996 investor letter, Buffett wrote, "As an investor you should simply purchase at a coherent price. A part of interest in an effortlessly comprehensible business whose wages are almost certain to be materially high within 10 to 20 years from now, and it will be profitable for the investor."

Holding for the long term is one of the prominent ways to accumulate wealth. "If you aren't comfortable about possessing a stock for 10 years, don't even think about keeping it for 10 minutes," Buffett quotes.

Avoid Buying into The Market's Emotionality

Buffett has always insisted on staying calm as an investor. He often quotes that the stock market is an agitated and depressing manic. To remain calm, you can prefer buying great companies having strong fundamentals, meanwhile keeping your eyes on the long-term profits. Those who regularly invest are well aware that markets will rise and fall for numerous reasons, but most of these deteriorations will be comparatively temporary. It's significant not to be hyper excited or excessively sad along with the rise and fall of the markets. Try remaining focused on the future and start ignoring short-term market variations.

In his 2016 shareholder letter, Buffett stated "Almost every 10 years or so, the economic skies will be filled with dark clouds and it will rain gold for a brief period of time. When that kind of rainstorms occurs, it's important that we rush outside carrying washtubs and not teaspoons." Buffett has always remained aligned with that old stock market saying that goes, ‘buy low and sell high’. He has always believed that, being patient will fetch you plenty of opportunities to obtain profitable and great stocks at much lower prices.

Buffett became a millionaire in 1960 when he was just 30 years old. That was the time when a million dollars was a huge amount of money. To reach that position he started working early. He bought, sold and experimented with stocks before reaching his current position which is now over $74 billion. Becoming a millionaire or billionaire requires years of consistent growing and commitment. It cannot be achieved overnight and if you invest today, you will have a lot of time in your hands.

Although Buffett is a college graduate, but when he decided to get started with the stocks and investments, he took a speaking course via Dale Carnegie. Since then, he has always remained in favour of self-education and has taken numerous classes to remain updated. He has understood that the best investment one can make is to invest in himself/herself. If possible, finish a business book weekly, get in touch with mentors and take apt courses regularly to stay competitive.