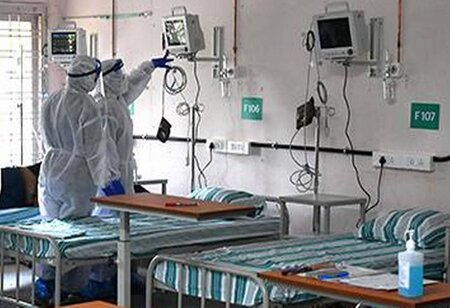 The cabinet on Thursday sanctioned a 23,123 crore rupee package to prevent a repeat of the disastrous events surrounding the second wave of the Covid-19 pandemic in case a third wave strikes. People struggled to find hospitals beds, oxygen and medicines during the deadly second wave.

The ‘India Covid-19 Emergency Response and Health System Preparedness Package: Phase-II’ will be implemented by 31 March, with the share of the Centre and states at 15,000 crore rupee and 8,123 crore rupee, respectively.

This financial package will help India prepare the healthcare infrastructure for a possible third wave, Mansukh Mandaviya suggested after taking charge of the health ministry.

Mandaviya admitted to shortfalls in the healthcare system during the second wave. He stated that the new scheme aims to accelerate health system preparedness for immediate response for early prevention, detection and management, focusing on health infrastructure development.

The focus is on the immediate needs for the next nine months of fiscal 2021-22 to provide support to central government hospitals and agencies and to state and Union territory governments to augment existing response and the evolving pandemic, including at district and sub-district levels in peripheral facilities.

During the second wave, thousands died due to a shortage of medical oxygen. To prevent such an emergency in the anticipated third wave, 1,050 liquid medical oxygen storage tanks with medical gas pipeline systems will be installed, with at least one such unit per district.

“We need to prepare before an emergency comes. Nothing can be done immediately at the time of the need," stated the Union health minister.

The government further aims to increase the existing fleet of ambulances by adding 8,800 more. To meet the demand for medical manpower, the government has decided to engage undergraduate and post-graduate medical interns and final year MBBS, BSc, and General Nursing and Midwifery nursing students for covid-19 management.

In March 2020, during the first wave of the pandemic, Prime Minister Narendra Modi announced a central sector scheme of 15,000 crores for the “India covid-19 Emergency Response and Health Systems Preparedness Package" for strengthening the Centre and state government activities. The phase-II of the package announced on Thursday has central sector and centrally sponsored schemes components.

Under the central sector component, support would be provided to All India Institutes of Medical Sciences and other institutions of national importance under the department of health and family welfare, such as Safdarjung Hospital and Dr. Ram Manohar Lohia Hospital, for repurposing 6,688 beds for covid treatment.

The National Centre for Disease Control would be strengthened by providing genome-sequencing machines, besides sanctioning a scientific control room, Epidemic Intelligence Services and “secretarial support" for Indian SARS-CoV-2 Genomics Consortium.