Toyota beats Volkswagen, becomes the No. 1 Car Seller in 2020 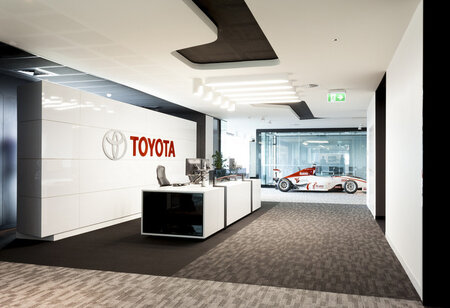 Automakers have suffered as coronavirus lockdowns have discouraged individuals from entering car showrooms and forced manufacturing plants to decrease or stop production.

Toyota said on Thursday its group-wide global sales fell 11.3 percent to 9.528 million vehicles in 2020. That compared with a 15.2 percent drop at Volkswagen to 9.305 million vehicles.

Toyota, however, has weathered the pandemic better in part because its home market Japan, and the Asian region in general, have been less affected by the outbreak than Europe and the United States.

“Our focus is not on what our ranking may be, but on serving our customers” a Toyota spokeswoman said. As demand for cars rebounds, particularly in China, Toyota, Volkswagen and other manufacturers are scrambling to tap growing demand for electric cars. Toyota said that the ratio of electric vehicle it sold last year grew to 23 percent of total sales from 20 percent in 2019.