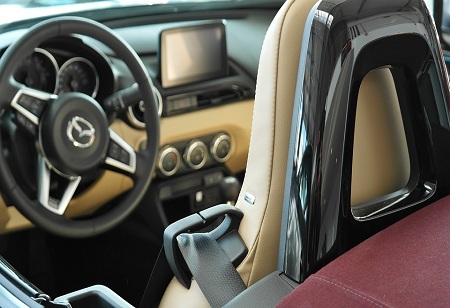 2018 was quite an eventful year for the automakers all around the world. The German giants like Mercedes, BMW, and Audi refreshed their portfolios with the new cars launched in various countries and launching the updates for their recent cars in the market.

Automakers such as Toyota and Honda also stepped up their game in 2018 and launched a few cars and updated the ones which were already on the road. Luxury brands such as Porsche and Land Rover also make some significant improvements in their current models, added a few trim levels to their existing cars and relaunched the improved variants into the market.

2019 is also going to see the launch of a few new cars and the new variants of the existing models as well. The top cars that will enter the Indian market in 2019 are listed below:

The German giant is determined and all set to launch the new and the improved version of Audi Q3 which is already a hit in the markets all over the world. This SUV is known for the powerful engine and roominess, which will attract a lot of customers. The 2019 Audi Q3 will have a redesigned body and the interiors. The cabin has undergone a major change as well. The price will also vary accordingly if you buy the 2019 model.

This variant of the Audi A4 will just be a facelift version, being launched to compete with luxury cars such as the BMW 3 Series and Mercedes C-class. With the reshaped body panels on the exterior, the car is being relaunched to keep the market steady and intact until the new model is launched by the company.

The car was launched as the competition to luxury limousines like the BMW 7-series and Mercedes-Benz S-class. This is the most luxurious offering that Audi has to give it to the customers. Audi A8L was first launched a few years back and since then, it has been one of the most chosen luxury cars by the customers. The car will be launched in India with the LWB version.

This is the successor to the short-lived BMW compact SUV. BMW X4 is being launched with added premium features and the performance enhancements. The car will compete with the top luxury cars such as Mercedes-Benz GLC-Class, which was not possible with just BMW X3 in the market.

The car can be best described as an SUV equivalent of the BMW 7-series which is the premium luxury sedan. This car will be introduced to cater to the needs of the people who want a BMW with all the premium features and luxuries, but do not want to settle for a sedan. On the front of the X7, you will see the largest kidney grille of all the BMW cars. The car will follow the completely built up (CBU) route in India. The company will also keep the BMW X5 and X3 models in the line-up with some minor changes made in the performance and features.