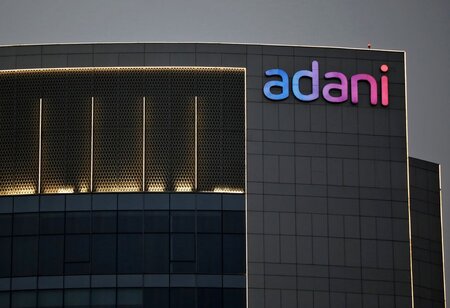 "The deal represents 4.87% of the total trade between the UAE and India, which has reached USD 41 billion between 2020 and 2021; the collaboration between IHC and Adani Group greatly reflects the economic ties between the UAE and India beyond the oil sector,” said Syed Basar Shueb, CEO and Managing Director of IHC India's total electricity generating capacity is more than 390 gigawatt, and renewables exceed 100 gigawatt.

Last year at the United Nations Climate Change Conference, the Indian government announced that by 2030 India's non-fossil fuel capacity would be 500 gigawatt.

IHC’s investment will support and accelerate Adani Group’s growth plan to supply the country with 45 gigawatt (9% of India's non-fossil energy) by 2030.

Adani Electricity Mumbai Limited, the distribution arm of Adani Transmission Limited has legally covenanted targets to increase the renewable energy penetration from 3% in FY21 to 60% by FY27, the statement said.
IHC’s investment will support ATL in this transformational journey, it added.