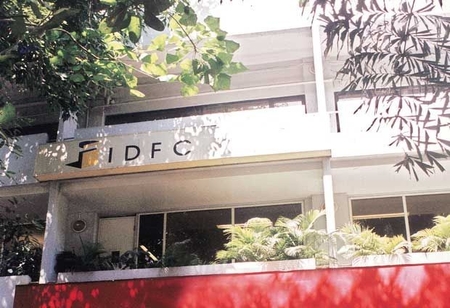 “We would like to inform you that the Reserve Bank of India (“RBI") has, vide its letter dated July 20, 2021, clarified that after the expiry of lock‐in period of 5 years, IDFC Limited can exit as the promoter of IDFC FIRST Bank Limited," IDFC First Bank said in an exchange notification. This five-year lock-in period ended on September 30th, 2020.

IDFC Ltd currently owns 100% in IDFC Financial Holding Company, which in turn holds 100% in IDFC Asset Management and 36.6% in IDFC FIRST Bank. Analysts believe that besides the reverse merger between the two entities, IDFC will also have to sell its mutual fund business, IDFC AMC. Analysts say that shareholders of IDFC Limited stand to benefit as a reverse merger could help unlock shareholder value, removing the holding company discount for IDFC Limited shareholders. Currently, the holding company discount for IDFC stands at 27.7%.

RBI granted IDFC a banking license in April of 2014 pursuant to the February 2013 universal bank licensing guidelines. These guidelines mandated IDFC create a non-operative financial holding company (NOFHC) structure to house the bank and other financial services units of the parent company to ensure the banking business was completely ring-fenced from other activities of the firm. The parent company IDFC was also mandated to hold a minimum of 40 percent stake in the bank, locked in for the first five years, and thereafter reduce it to 15 percent over ten years. The RBI’s latest internal working group recommendations propose that the cap on promoters’ stake, in the long run, maybe raised from 15 percent to 26 percent of the paid-up voting equity share capital of private banks.