The Current Logistics Scenario In India 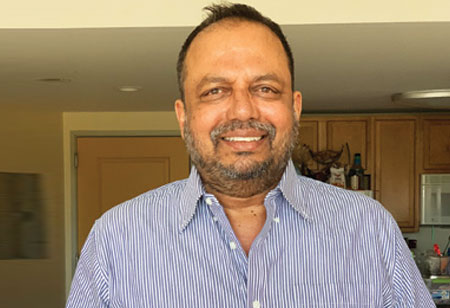 With his vast knowledge & experience in the area of supply chain, operations and logistics management, Vijay plays a major role in expanding the company’s customer base worldwide.

The Indian Logistics sector is poised to grow at a phenom­enal rate over the next two-three years. Presently it is pegged at around $160 bil­lion and is expected to reach around $200+ billion in a couple of years; the implementation of the Goods and Services Tax being one of the major reasons for the increase in this sector.

For our country to be placed high­er up in the global supply chain hier­archy, we thus need the logistics sec­tor to have a clear and a sustainable growth map for the next few years. This in turn will not only add great value to the Indian economy, but will generate more jobs and will increase our exports manifold.

Due to the efforts of Government of India (GoI), such as Make in In­dia programme and improvements in infrastructure along with the stream­lining and digitalization of Customs processes, the country’s position bettered from 54 in 2014, to 44 in 2018 in the World Bank (WB)’s Logistics Performance Index (LPI), in terms of overall logistics performance. Ger­many has retained its number one po­sition throughout in the LPI rankings.

There exists a tremendous scope for further jump in India’s rankings if the existing infrastructural and cost inefficiencies are addressed. The Sur­vey goes on to identify the challenges that affect the Indian logistics indus­try adversely, the foremost of which is it being largely in the unorganized realm. The other challenges hinder­ing its growth include high cost, underdeveloped material handling infrastructure, fragmented warehous­ing, presence of multiple regulatory and policy making entities, lack of seamless movement of goods across modes, and poor integration with modern information technology. These challenges, particularly the ones pertaining to procedural complexities, redundant documentations and involvement of several agencies at our ports and borders, severely dent our performance in international trade, resulting in about 70 percent of the delays.

To create a positive, friendly, transparent and a com­petitive environment for the Indian Logistics sector, we need to do the following infrastructure improvement, technological advancements, gov­ernment regulation simplification, and integration of all services.

A major share of this industry in India is dominated by unorganized players resulting in barriers to entry for new technologies and innova­tions and global supply chain mod­els. Also, the industry is facing a shortage of skilled human resource with sound operational and techni­cal knowledge of supply chain man­agement, inturn making it difficult to employ latest technologies to the benefit the customers. With 65 per­cent of freight moving on the road, transportation delays not just impact the transit time, but also adds to the costs. Curbing roadblocks can cut freight time by 20-30 percent and logistics costs by approximately 30-40 per­cent, suggest industry estimates.

The ambitious Bharatmala project holds the promise of strengthening the countrywide road network and improving connectivity with the interior and backward areas of the country. The Sagarmala initiative is a key step in doubling India’s coastal shipping share in the country’s broader modal mix and aims at formulating a compre­hensive shipping policy and optimizing the country’s maritime assets. It places heavy emphasis on improving maritime linkages and promoting portled industrial de­velopment by setting up industrial clusters and manufac­turing hubs along coastal zones.

The high speed, freight only Dedicated Freight Corri­dor Project aims at decongesting a heavily saturated road network and reducing freight transit times from indus­trial heartlands in north India to ports on the eastern and western coast of the country. Optimizing freight trans­port times, the dedicated corridor initiative will promote economic growth and generate employment through the setting-up of industrial corridors and logistics parks along the corridor routes.

To alter the country’s logistics landscape, GoI has also taken a number of decisions. A new Logistics Division in the Department of Commerce has been established to coordinate integrated development of the sector by way of policy changes, improvement in existing procedures, identification of bottlenecks and gaps, and introduction of technology-based interventions. The GST regime is cer­tain to expedite faster conversion of informal logistics setups to formal ones and speed-up freight move­ment at interstate borders due to dismantling of check posts. There is a target to reduce the logistics cost in India from the present 14 percent of GDP to less than 10 percent of it, by 2022. A national commit­tee headed by Cabinet Secretary is in place to develop the PAN India roadmap for trade facilitation.

With the proliferation of smart­phones and call for Digital India, the logistics sector does not want to remain constrained and backdated anymore. Investing in better data analytics to forecast customer demand has become the need of the hour. While start-ups have already begun to reinvent the supply chain with fresh ideas and resources, real emphasis must be put at the moment on embracing technology by stakeholders at each and every level of the supply chain.

In conclusion, the Logistics sector is going through its golden period and seeing the positive steps taken by the GoI in recent times it is bound to bloom into a glorious, profitable and a harmonious sector.