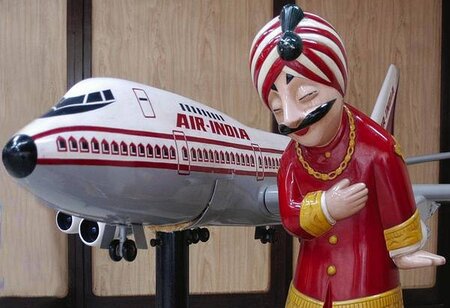 As part of its group integration strategy, Tata Sons has started deploying specialist group people with knowledge in handling labour and union culture, including industrial knowledge in HR in Air India. Suresh Tripathi, a recently retired senior HR executive from Tata Steel, has been transferred to Air India HR to assist with the integration.

According to top individuals close to the development, after a CEO assumes operational control, the salary structures and pay discrepancies of Air India personnel will be aligned with Tata group pay structures over time. Tata Digital's consumer Super App Tata Neu is already available to Air India personnel as part of group benefits.

Air India’s pilots had earlier written to its management to rectify multiple deductions and recoveries that have been projected in the arrears statement of many pilots. Its two unions, Air India Employees' Union (AIEU) and All India Cabin Crew Association (AICCA), have also written to Air India’s management criticizing a new order by the airline to inspect cabin staff members' grooming and measure their body mass index (BMI) at airports. The Tata group will let the new Air India management team sort out long-term issues under its new CEO, a group official said.

Vihang Virkar, aviation law expert and partner at PDS Legal, said there is bound to be a paradigm shift for employees of Air India as they get integrated into the Tata system as changes will vary from statutory and contractual benefits to softer aspects such as cultural differences between the two organisations.

"One of the indicators of operational efficiency in an airline is the number of employees per aircraft. The existing airlines within the Tata stable are run in a lean manner. However, Air India has always been saddled with an overwhelmingly large and ageing work force. Over the years, it is likely that the number of employees at Air India will be rationalised," he said.

Even culturally, as the employees of Air India migrate from a government job to private employment, they are likely to face several challenges. "Benefits such as free travel for the family, lifelong post-retirement benefits, free housing, etc. may be pruned down to match private industry standards. The maximum age limit for crew may be reviewed. Many non-core activities like ground handling, line maintenance and belly space optimisation may be outsourced, leading to reduction in permanent employees. Labour unions may lose their bargaining strength as a private sector employer may not be held to the same standards of leniency as a public sector company.

On the other hand, younger talent may be infused into Air India and salaries may be improved to match other private sector players' Virkar said. Tata Group will have to retain current Air India employees for first year as per the agreement with the Union government. An estimated 8,500 employees of Air India will come into the Tata fold. A sizeable number of them are expected to retire within the next few months and some others within a year or so. Senior employees may be incentivised to opt for voluntary retirement schemes (VRS). Tata Group won a bid to buy 100% stake in Air India and its low-cost international subsidiary Air India Express, and 50% stake in ground handling company Air India Singapore Airport Terminal Services.

"Like every large acquisition, there will be fundamental changes that the work force at Air India will face. But given the stature and reputation of the buyer, in this case, it could be said with some confidence that the end result will be one that is favourable for the employees and for Air India in its new Avatar" Virkar added.