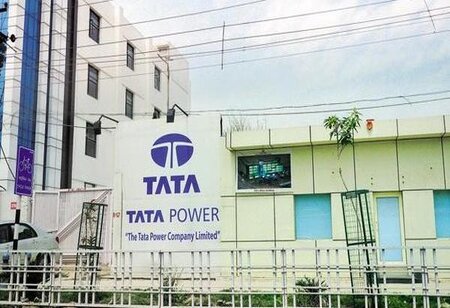 The transaction is nearing completion and is expected to close in the coming weeks as the salt-to-steel conglomerate seeks to reduce debt and strengthen its balance sheet ahead of the alternate energy unit's scheduled public offering. ET reported on Tata Power's endeavour to entice investors, including CPPIB, in its edition dated 15 October 2021. However, neither the likely estimate nor the potential interest of Temasek and General Atlantic has been previously revealed.

The company also had plans to go for an InVit. It had held negotiations with Malaysia’s Petronas for a potential investment of up to $2 billion, but the talks couldn’t conclude into a transaction.
Emails sent to Tata Power, General Atlantic, and Temasek Holdings did not elicit any reply till press time.

Tata Power has one of India's major renewable energy businesses with an operating capacity of 2.6 GW comprising wind and solar in a 32:68 ratio spread across 11 states, according to rating agency ICRA. Tata Power has set targets to set up renewable capacity of 15 and 25 GW by FY25 and FY30, respectively.

It aims to set up one lakh EV charging stations, with an eye on more than doubling-up the revenue the solar EPC revenue business to Rs 10,000 crore by the end of FY 25, from Rs 4100 crore at the end of FY-21 and increase the solar pump --used by farmers for irrigation-- revenue to Rs 5000 crore in the next four fiscal years. The projected monetization is likely to bring in its ambit all green businesses which includes renewable, solar EPC, solar pumps, rooftop solar and EV charging.

Tata Power Renewable had a total generation capacity of 2953 MW at the end of September 2021, compared with 2667 MW a year before in the same period, with a revenue of Rs 710 crore and profit of Rs 156 crore, according to Tata Power's quarterly arrangement released after the second-quarter earnings. The renewable industry had gross debt of Rs 11,274 crore at the end of September 2021. At the current capacity, Tata Power Renewable Energy is one of the top three players in the renewable energy space.

Morgan Stanley expects Tata Power’s renewable industry EBITDA to grow at 12% CAGR between FY21 and FY25 led by capacity addition, 1.6 GW under construction and normalization of PLF for its wind assets compared with FY21 levels , while earnings to grow at a CAGR of 30%. The foreign equity broking firm believes that it sees asset monetization of its green portfolio (RE, solar EPC, solar pumps, rooftop solar and EV charging) over the next 6-12months, which would help the corporation with equity capital to fulfil its longer-term aspirations. Valuations ascribed during such asset monetization would be a key catalyst in the near term,it said.

Tata Power Renewable Energy had an operating capacity of 2261 MW, consisting of 1710 MW of solar plants and 551 MW of wind plants, according to the company's annual report of FY21 which had increased 2953 MW by September 30,2021. Among the operating assets, the corporation has the largest capacity in Karnataka with 517 MW, followed by 400 MW in Rajasthan, Andhra Pradesh with 306 MW and the equilibrium in other states. In FY21, the company had revenue of Rs 2211 crore compared with Rs 2176 crore a year before, with a profit of Rs 286 crore.