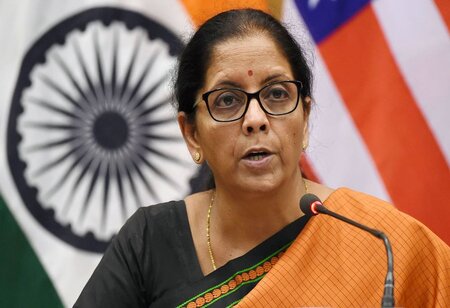 States have expressed shock after the finance minister Nirmala Sitharaman had, post the goods and services tax (GST) Council meeting on Friday, expressed her inability to extend the GST compensation to them beyond June 2022.

The states pointed out that, during the meeting, the matter was only deferred for further discussions.

Chandrima Bhattacharya, West Bengal minister of state for urban development and municipal affairs and health and family welfare, who represented the state at the meeting, said the council did not decide on extending the compensation for states beyond June 2022.

“This was not a decision. All issues, including extending compensation to states beyond June 2022, have gone to a GoM (group of ministers),” said Bhattacharya.

She said that the Centre was taking advantage of the Constitution’s 101st Amendment Act, which says that compensation will be paid for a period of first five years from the date of introduction of GST.

The indirect tax regime was put into effect from July 1, 2017, and the compensation will end on June 30, 2022, unless extended by the council.

“The extension till March 2026, is something which the Centre had to give anyway, but did not give. It is giving the arrears. But, what about the next part? It will not be possible for states to run like that,” said the West Bengal minister. She added that the states strongly pitched for the extension by another five years.

Delhi finance minister Manish Sisodia also reiterated that the issue of compensation to states has been referred to the GoM, which will submit its report in two months.

Sisodia pitched for the extension by another five years. Delhi has estimated an annual loss of close to Rs 8,000 crore, if not compensated beyond June 2022.

Similarly, Kerala also pressed for giving compensation to the states for another five years. On the other hand, Punjab finance minister Manpreet Singh Badal asked for an extension of compensation to states by another three years.

Tamil Nadu finance minister P Thiaga Rajan said the non-extension of compensation to states beyond 2022 was not communicated during the council meeting. While Rajan did not attend the meeting, he was briefed about the outcome by the officer representing the state.