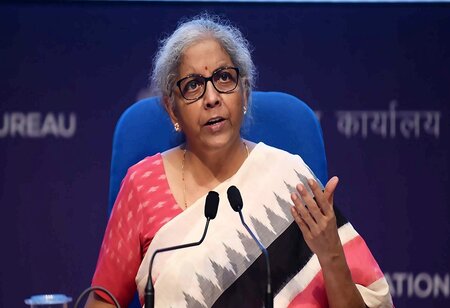 The states on Thursday has requested Union finance minister Nirmala Sitharaman to provide them additional fiscal support as well as an enhanced borrowing limit in the forthcoming budget, and proposed continuation of the 14% assured annual GST revenue growth beyond June 2022, primarily due to the Covid-19 pandemic, two people aware of the development said.

Besides their state-specific demands, most of the states wanted their borrowing limits to be enhanced to 5% of their gross state domestic product (GSDP) without any condition and payment of their past GST claims, they said requesting anonymity. “The exemption was already provided by the FM when she announced the stimulus package in 2020 immediately after the pandemic hit the country. Only a small part of this is conditional so that the borrowed money should be spent constructively on citizen-centric reforms,” a person in the central government said.

Speaking on the issue at a pre-budget consultation on Thursday, Tamil Nadu finance minister P Thiaga Rajan said that the Union Budget represents the federal spirit of the country and states should have autonomy to spend the money as per their requirements, the second person mentioned above said.

The Fiscal Responsibility and Budget Management (FRBM) Act allows states to keep their fiscal deficit at 3% of GSDP. Sitharaman in May last year enhanced this limit by an additional 2% of GSDP, of which 1% was made conditional on the implementation of four citizen-centric reforms with 0.25% value each -- ‘one nation one ration card’ system, ease of doing business, urban local body reforms, and power sector reforms, including direct transfer of electricity subsidy to farmers.

The second person said the extension of indirect tax compensation system beyond June 2022 is one of the key concerns of states and this issue may also come up on Friday. As the Covid-19 pandemic is far from over, several states fear a sudden drop in their GST receipts after the five-year guarantee period ends in June 2022. They want the period to be extended under unforeseen circumstances by amending the GST law between two and five years, he said.