Solar Energy: Save The Planet Earth 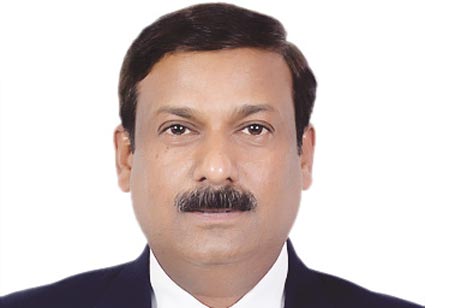 Solar is the Latin word for the ‘Sun’ and it’s a powerful source of energy. We all know the Sun is the biggest source of energy on the planet and for thousands of years human species depended on solar energy to heat their homes, to have hot water and also to cook their food. Due to population explosion & technological advancements, the demand of World’s energy is growing day-by-day and almost all the World’s economies are focusing for a reliable, cost-effective and everlasting renewable energy source to meet-out the present energy demand and arising in future.

The primary source of all energy on planet Earth is from the sun. Solar power can be used for heat energy or can also be converted into Electric energy through solar panels. When we use solar power, we don’t use any of the Earth’s resources like coal or fossil oil. Among other available renewable sources of energy, solar energy is a promising and freely available energy source which will resolve the entire future energy crisis to be faced by the mankind on the planet.

The biggest advantages of solar power include the energy independence, quiet energy production, environment friendly, and its overall cost. But it has high initial cost and depends on clear weather; it’s not always available, and methods of storage & stop-gap are required for when it is cloudy or raining outside.

Solar industry is developing progressively all over the world because of the high demand for energy and a low cost, environmental friendly rather than zero carbon emission source. The world now understood that fossil fuel is limited and other sources are expensive. It has become a tool which recognizes a country as an economic developed status.

The developing countries like India & Brazil having higher population are being widely impacted economies by higher spending of foreign currency for its import of fossil fuel and their refining and distribution. At present in India, the rate of Petrol and Diesel (Petrol at an average of 72 per litre and Diesel at around 70 in metro cities) is increasing day-by-day and they are making high records each day impacting not only the balance of payments, but also causing inflation in the economy, devaluation of rupee as close to Rs.70 against one dollar, and affecting the daily life of common men.

The developing countries now very well understood that to sustain in the inflated market conditions and uplift the lives of their underprivileged population, solar energy is the only cost-effective source and the solar industry would undeniably be the best choice for future energy demand, since it is longer in terms of availability, cost efficiency, obtainability, capacity and efficiency as compared to other renewable sources of energy.

In a research, Scientists found that the Sunlight that shines on the Earth in just one hour could meet world’s energy demand for an entire year. In fact developed countries like Germany, U.S. receive close to 30 percent of their electricity from the Sun, which demonstrates that renewable energy such as solar is quite capable of displacing traditional fuel (Diesel/Petrol/Gasoline) sources when a determined effort is made.

The fastest growing source of CO2 globally is our transport system; the world’s car population could reach close to 2.8 billion by 2050, which clearly show that 90 million barrels of oil produced globally each day could rise to 125 million barrels. This global problem can be managed by switching to electric cars, which is a big game-changer. The world car manufacturers started electric cars to run on (battery).

Scientists, Environmentalists, and Geologists are all worried to find-out the solution to save the environment from Greenhouse gases and global warming. A global research says the reasons why solar power is a more efficient and environmental friendly source of energy over fossil fuels. United Nations (UN) requested the member Countries to reduce the Greenhouse gases like CO2, to save the human race and animals, and if we fail, then this planet will not remain habitat for humans.

The Earth’s environment is engendered with a number of serious problems like toxic spills, and mining waste, to acid rain, Tsunami, floods, melting of glaciers at Antarctica & in Himalayan region, frequent earthquakes, deforestation and species disappearance. The global environment has been severely crippled by man’s stupidity and exploitation for generations. While it is arguably clear that there are countless problems currently faced by the global environment, the prime focus to many Scientists & Researchers is what are the consequence of burning of fossil fuels (diesel/petrol/gasoline) is having on the global warming and disastrous to climate change such as melting of ice at Antarctica, rise in sea water level, heavy rains in desert areas, increase in temperature in cold weather countries of Europe & U.S.

• Global warming causes the temperature of the earth to gradually rise

• A disruption of agricultural patterns

• The spread of infectious diseases Due to the problems associated with the burning of fossil fuels for energy and the fact that fossil fuel resources are limited, scientists have reached-out to the community as a whole to aid in the search for a cleaner and more renewable source of energy that will help clean-up the environment, while still providing the same suitability as fossil fuels use.

The benefits of solar energy are undeniable, a renewable energy source that is cost-efficient and safe for the environment and human species, as we know that the solar energy takes energy released from the sun and transforms it into electricity. Not withstanding its profuse benefits, however, the utilization of this form of energy requires more efforts not only as a source of energy, but to overcome from the biggest challenge to ‘Save the planet earth’ around the globe.

The World Bank Group showed its commitment to support the ‘Save the Earth’ around the globe by extending help to developing nations. India for its exceptional plan to fulfil its electricity requirement through solar energy by promoting and installing solar panels on rooftops and also for setting-up gigantic Solar parks and for promoting solar panels by giving subsidy to general public at large. This will help India to bring electricity to all the citizens not only in Urban, but also in rural India and country-side, resulting in the support for ‘Climate Change Mission’ and establish the country on a path to become the ‘India of the future’.

The (WBG) President Jim Yong Kim is extending support for the International Solar Alliance (ISA). The alliance, spearheaded by India and France at COP21, brings together 121 countries and aims to mobilize a trillion dollars in investments to increase the use of solar energy. By signing an agreement with the ISA in New Delhi, WBG paves the way for it to partner with the alliance’s member countries to help them deliver on their individual objectives.