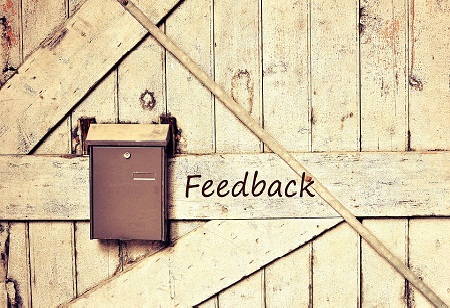 For any company, sourcing feedback will allow it to assess its own processes, mechanisms, personnel conduct, governance, and much more. Management should know what the employees think about the direction of the company or their respective roles in the attainment of business goals.

One common thread among successful organizations is employee investment. In fact, research studies have confirmed the mutual benefits of companies investing in training and further education to enhance skills and knowledge of their staff.

In effect, when employees realize that their work and contribution is appreciated, they tend to give more to the company. A study led by the University of Warwick's Department of Economics found that happier workers are 12% more productive.

The research cited Google as an example of a company that gives back to its employees. As a result, employee productivity soared by 37%. The study confirmed what most people instinctively know—a happy employee is a productive employee.

The Value of Anonymous Feedback

At its core, adopting a policy of anonymous feedback within organizations will promote transparency. It will encourage each employee to voice out their grievances without fear of reprisals from their superiors or fellow employees.

But despite what you see in movies, it's rare for supervisors to be too arrogant with power that they abuse the rank-and-file. In common situations, the clear power structure and corporate culture make it difficult for organizations to solicit honest feedback from employees. In general, nobody likes to act or speak on things that are beyond the scope of their own roles in the organization.

What is 360 Degree Feedback

The 360 Degree Feedback really upends the traditional model of the top-bottom feedback mechanism. It's basically a template that companies can implement seamlessly within their organizations. With this method, they can collect accurate information from each employee who is protected by the blanket of anonymity.

The employees are made to fill up a form that relates to office culture, competencies, governance, direction, satisfaction level, and even their own responsibilities. The forms are filled out online, and the employees will be asked to rate each question regarding the company. They are also encouraged to fill in their comments and remarks, in case they have more to say regarding the particular question.

After that, the 360 Degree Feedback will aggregate the data and present the report in an easily understandable format to help management see the organization from a different perspective.

With anonymous feedback, you run the risk of people abusing the system. Instead of elevating the discussion, some employees will exploit the reporting mechanism to spread rumors or engage in unethical behavior. Fortunately, the 360 Degree Feedback also accounts for this as the questions are all thought out for maximum efficiency and control.

In conclusion, an anonymous feedback system is a great way for companies to hold a mirror for themselves to see warts and blemishes more clearly. The value of this mechanism often outweighs the risks.