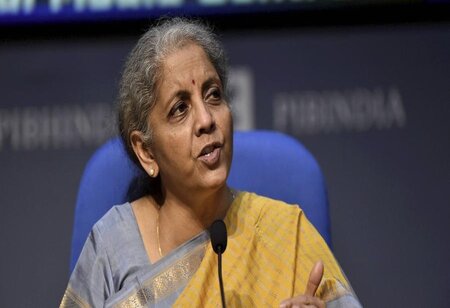 The government will raise ₹88,000 crore this year by the leasing infrastructure assets of the central government ministries and the state-run companies under a ₹6 trillion National Monetisation Pipeline (NMP) it unveiled on Monday. The funds will then be used to build new infrastructure assets, helping boost economic growth in Asia’s third-largest economy. Annual targets under the four-year pipeline have been set at ₹1.62 trillion for FY23, ₹1.79 trillion for FY24 and ₹1.67 trillion in the following year.

Other core infrastructure assets that will be leased under NMP include airports in smaller cities, dedicated freight corridor assets, warehousing assets of state-run companies such as Central Warehousing Corp and NAFED, and sports stadiums. Finance minister Nirmala Sitharaman said the monetisation pipeline will be co-terminus with the ₹100 trillion national infrastructure pipeline from this year.

“There won’t be any land sale happening under it. The NMP is talking about brownfield assets where investment has already been made, which are either languishing, not fully monetised or remaining underutilised. So, by bringing in private participation, you are going to monetise it better, and with whatever resource you are getting, you can put it into further infrastructure creation,” she added.

The government plans to create a virtuous cycle by utilising the resources raised through monetising existing assets to create new greenfield infrastructure assets and further monetising these newly created assets.“What we have estimated is the normative value. The real value will emerge through the bidding process,” said Amitabh Kant, chief executive of NITI Aayog.

The monetisation of core assets under NMP is expected to be carried out through public-private partnership models such as operate-maintain-transfer, toll-operate-transfer, etc, as well as structured financing vehicles such as infrastructure investment trusts (InvITs) and real estate investment trusts (Reits). The asset monetisation programme does not mean ceding ownership of these assets or a fire sale, said Rajiv Kumar, vice-chairman of NITI Aayog.

“A fair value will be achieved by transparent, accountable mechanisms, and at the end of the day, these assets will be handed over back to the government for further utilisation,” he added.
For example, all state-run companies have their guest houses across the country, and these can be brought together to create much better utilisation through public-private participation, Kumar said. “The opportunity and potential are quite large,” he added.

Abhaya Agarwal, partner, infrastructure practice at EY India, said investor confidence will be boosted by providing clarity on the number, size and type of assets that would be made available in the market.

“Success of the plan could also enable recycling of funds, which will be critical for revival of the infrastructure investment in India. However, meticulous planning, project packaging, and coordination will be needed to address the underlying structural and legacy issues. It would be important for the government to get the first few projects in each sector right to set the ball rolling in the right direction. Therefore, smooth implementation of the first ₹10,000 crore will determine the fate of the ₹6 trillion monetisation plan,” he added.

If executed well, NMP can be one of the biggest and boldest reforms initiated in the infrastructure sector for a long time, said Manish Aggarwal, head, infrastructure, KPMG in India. “Structuring of projects and ensuring a ‘balanced’ risk framework is very important before these deals are launched. Making a specialized centralized agency such as DIPAM or NITI work in ‘tandem’ with line ministries will be very critical. A ‘well-intentioned and working’ regulator is also very important for the sectors where there is no regulator to provide confidence to the investors,” he said.