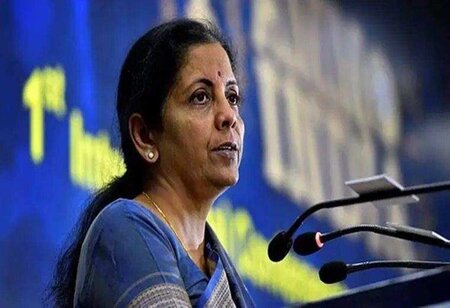 Skyrocketing international fossil fuel rates, particularly of the natural gas, owing to the Russia-Ukraine war and a supply squeeze by energy exporting countries have compelled India to change its clean energy transition road map and revert to using both domestic and imported coal in a big way to meet its energy needs, a top government functionary said.

“As far as fulfilling Paris commitment is concerned, India was among top three countries (in doing so). Natural gas was to play a major role in transition from coal to clean energy. But due to rising prices of natural gas, the country is forced to raise domestic coal production. Even many developed nations and emerging economies are going back to coal,” this person added on condition of anonymity.

Union finance minister Nirmala Sitharaman spoke of India’s changed position due to factors beyond its control at international fora including those organised by the International Monetary Fund (IMF), the World Bank and the Atlantic Council during her recent visit to the US.

Before gas prices spiked, India planned to reduce its carbon footprint by 33-35% of its 2005 levels by 2030, part of its commitment at the Paris climate conference seven years ago. India made a commitment at the COP-26 summit in November last year to achieve net zero carbon emission by 2070.

Adequate availability of energy at an affordable rate is one of most important factors for India, which is the world’s fastest growing economy. “While imported natural gas prices are rising relentlessly, domestic production of natural gas is either stagnant or declining. In this situation, India is left with no option but to increase its reliance on coal,” the functionary l said. India, which is the world’s third largest consumer of fossil fuel, imports 85% of crude it processes and 54% of its natural gas requirement.

The functionary said India has made it clear that its refiners and energy firms would import oil and gas from Russia based on their commercial judgement because the country has to tap all sources to meet its energy requirements. “We may also revive the Rupee-Ruble payment system, as this mechanism already exists and its validity has not expired.”