Retail inflation rises to 7.8 percent which is the highest in 8 years 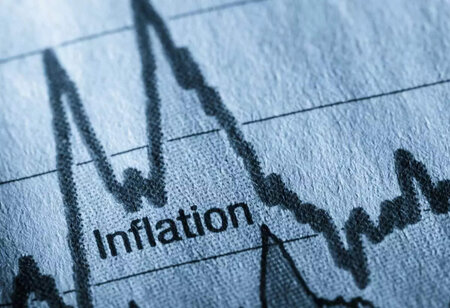 Retail prices grew at 7.8% in April, the highest since the Narendra Modi-led National Democratic Alliance (NDA) government assumed power in May 2014, squeezing household budgets, potentially affecting consumer confidence, as well as, setting the stage for more monetary action by the Reserve Bank of India’s Monetary Policy Committee (MPC) which raised the rate last week to combat spiking inflation. A rate hike will make loans, including consumer loans as well as mortgages, costlier.

The latest inflation numbers, driven by an increase in prices across categories, including food, will put further pressure on MPC to roll back the monetary easing which was announced after the Covid-19 pandemic dealt a body blow to the economy, and will increase the cost of loans for both companies and individuals.

The latest Index of Industrial Production (IIP) number, which measures factory output — it grew at just 1.9% in the month of March — suggests that the greenfield economy is still struggling to find a sustainable recovery, making RBI’s task that much more difficult.

Experts believe that this combination of tepid economic activity and high inflation poses serious challenges for the Indian economy going forward. What could complicate matters further is the fact that a lot of the price outlook going forward will depend on the geopolitical situation, something beyond the control of both fiscal and monetary policy in the country. With aggregate demand still low, inflation is being fuelled by supply side issues, including a sharp rise in commodity prices caused by the Russian invasion of Ukraine.

Retail inflation, as measured by the Consumer Price Index (CPI) grew at 7.79% in April as compared to last April. This is 36 basis points — one basis point is one hundredth of a percentage point — higher than the 7.43% projection made by a Bloomberg poll of economists. The April inflation number is significantly higher than the 6.95% reading in March. April is also the fourth consecutive month when inflation has been above the 6% mark, which is the upper limit of the tolerance band under the inflation targeting framework in India. The headline inflation number has been increasing continuously since October 2021, when it was 4.48%.

The latest inflation number is still significantly lower than the all-time high of 11.51% in the month of November 2013.