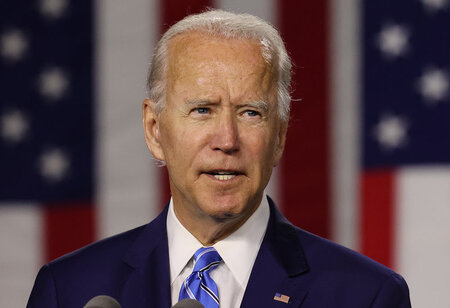 The US government has removed a regulation proposed by the former president Donald Trump’s administration that sought to narrow the definition of “specialty occupation” under the H-1B visa regime. The change comes as a relief for Indian information technology firms, which are among the largest users of such visas.

“The Department of Homeland Security (DHS) has formally vacated a regulation that would have redefined the H-1B specialty occupation, restricted off site placement of H-1B employees, and otherwise increased employer compliance obligations. The vacatur follows a federal court ruling that set aside the regulation because the agency did not have good cause to bypass notice and comment rulemaking, in violation of the Administrative Procedures Act,” explained immigration law firm Fragomen.

On Tuesday, the legal immigration agency of the US, the US Citizenship and Immigration Services (USCIS), said the DHS issued a final rule that removes an interim final rule (IFR) issued in October 2020, which has since been vacated by a federal district court, from the Code of Federal Regulations (CFR).

The labor department had also delayed a regulation that would raise prevailing H-1B and other visa wages from May 14, 2021, to November 14, 2022

The US Department of Labor IFR changed the manner in which it calculates prevailing wage rates and adjusted the prevailing wage percentiles for some levels of H-1B visa applicants.

The H-1B visas allow highly skilled foreign workers to travel to the US. It was in the eye of a storm since Trump’s presidential campaign in 2016. As part of his “Make America Great Again” campaign his administration proposed several changes to the programme in order to restrict foreign workers from entering the US.

The DHS IFR concurrently made a number of changes to the H-1B visa programme, including revisions to the regulatory definitions of “specialty occupation” and the employer-employee relationship and reductions to the validity period for H-1B workers employed at third-party job sites from three years to one year, the industry body National Association of Software and Services Companies (Nasscom) explained last year.

On December 1, 2020, the US District Court for the Northern District of California issued an order blocking two IFRs proposed by the DHS and labor department to restrict the ability of US companies to hire foreign-born employees on H-1B visas.

The DHS IFR was set to come into effect December 7, 2020, but did not, as a result of this ruling. The labor IFR is no longer in effect.

At the time, Nasscom had welcomed the court’s decision and said it “clearly recognises the importance of the high skill visa programs to the United States; and that the IFRs issued previously did not hold legal statute”.

“The reinstatement of status quo only confirms what a California litigation had achieved. For instance, many IT jobs were challenged as it was being said that they do not qualify as specialty occupation. But this, among other things, is now being formally put to rest,” said Poorvi Chothani, founder and managing partner, LawQuest.

The labor department had also delayed a regulation that would raise prevailing H-1B and other visa wages from May 14, 2021, to November 14, 2022. “By reinstating the prior regulatory language, DHS is putting to rest the Trump-era regulation. However, the Biden administration may propose its own regulatory changes to the H-1B program in the future,” said Fragomen in a note.